Once again, True Blood has pulled the rug out from under us. Just when we get comfortable with a character they put a stake through them. Sunday night, a certain vampire met his maker in a bloody blaze of glory. 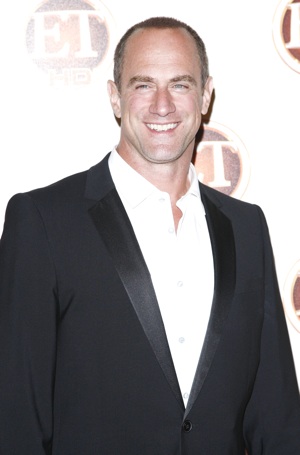 In typical True Blood fashion, someone got axed during last night’s episode. It was the staking heard around the world. Vampire Authority leader Roman (Christopher Meloni) was given the true death by resident psycho Russell Edgington (Denis O’Hare).

True Blood‘s vampire king is back >>

As a fan, it seems shameful that such an amazing talent like Meloni would leave the show so soon. Is he really gone or is this a set-up for something to come?

TVLine recently asked Meloni about his unexpected exit, and he claimed it was his “swan song.” He also spoke about filming that fateful moment with O’Hare.

“I will say it was a lot of fun to shoot that scene. There’s no one else I’d rather get staked by than Denis O’Hare. And his final words to me were really funny. I was actually a little jealous. I wish I had been able to say, “Peace is for p—ies [Laughs]”

True Blood: Christopher Meloni on his way to Bon Temps >>

This season, Meloni was listed as a series regular, but only appeared in five episodes. It’s unusual for someone with that title to get so little airtime. People have come back from the dead more than once on True Blood, so we’re keeping hope alive.

So what’s next for the actor? He’s currently working on a movie called They Came Together. It co-stars Amy Poehler and Paul Rudd. He warns that the role allows him “to do outrageous stuff.”

Meanwhile, HBO released a promo for next Sunday’s True Blood entitled, “In the Beginning.”

Are you shocked by Roman’s death? Do you think he’ll be back?