Robert Downey Jr. helped Marvel Studios and Iron Man 3 emerge from Comic Con with the most amount of buzz. But it was a gesture Downey saved for his youngest fans that has us talking. 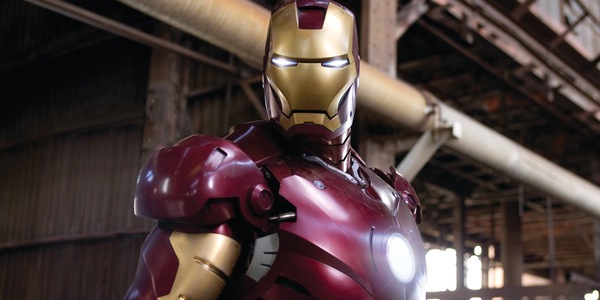 Hundreds of thousands of comic book and superhero fans flocked to San Diego last weekend for Comic-Con 2012 — a celebration of pop culture and entertainment on television, in the movies and in comic-book graphic novels.

Several films made splashy debuts aided by exclusive footage shown to fans and industry professionals. Peter Jackson’s The Hobbit and Quentin Tarantino’s Django Unchained built significant buzz with noteworthy presentations. But the undisputed champion of the Comic-Con weekend had to be Robert Downey Jr., who was fresh off the success of The Avengers and eager to show Iron Man 3 to Marvel fanatics in the convention’s famed Hall H. Check out this exclusive video of Downey playing up to fans as he enters Hall H from the back door, dances down the aisles, and takes the stage for the Marvel Studios presentation:

Earlier in the Con, Downey took the time to surprise young Marvel fans who had gathered at a special Iron Man Costume gathering. The kids were on stage at the official Marvel booth in Hall H, and in the following clip, you get a good look at the new armor Tony Stark will be wearing in Iron Man 3, which comes out next summer.

How cool is Downey? Having him in their corner certainly helps Marvel make a splash at an event like Comic-Con. So, too, does the amazing Iron Man footage. Hopefully it will be online in a full trailer form at some point soon, because the images Marvel chose to show of Stark’s Malibu mansion crumbling into the Pacific Ocean are stunning. And the confirmation of Sir Ben Kingsley as Iron Man’s chief nemesis, The Mandarin, brought Comic-Con to its feet.

What played at Comic-Con over the weekend that has you most excited?