The circumstances behind Sage Stallone’s death are as confusing as ever. The latest news: The case has been turned over to the Los Angeles Police Department’s robbery-homicide division. But, why? 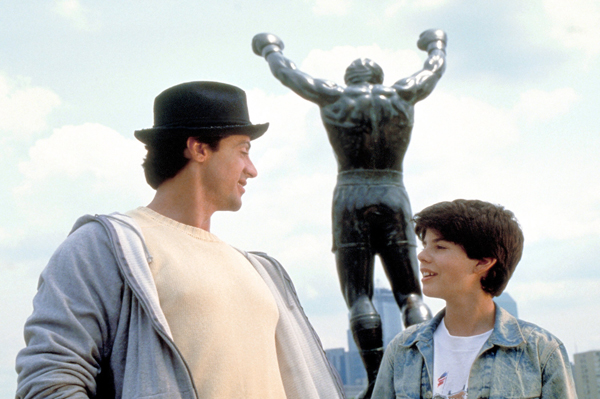 The death of Sylvester Stallone’s son, Sage Stallone, on Friday has already taken many sad twists and turns. Well, add another to the list: The Los Angeles Police Department has just turned the case over to the robbery-homicide division.

Wait, didn’t coroners say his autopsy showed no signs of foul play? Yes, but the robbery-homicide division is known to take on cases that are “high-profile or demand resources not available to divisional detectives,” according to The Los Angeles Times. The paper cites Michael Jackson’s 2009 death as another high-profile case handled by the specialized department.

What we do know: Sage was found dead Friday by a housekeeper in his Los Angeles apartment. He was allegedly surrounded with prescription pill bottles and empty cans. However, his time of death remains speculative: Some allege that he was dead for at least three days, while others close to him say posts to his Facebook account show that he was alive on Thursday afternoon.

The Rocky actor released a statement about his son’s death via TMZ on Monday morning, asking for privacy for him and Sage’s mother, Sasha Czack.

“When a parent loses a child there is no greater pain,” he said. “Therefore I am imploring people to respect my talented son’s memory and feel compassion for his loving mother, Sasha. This agonizing loss will be felt for the rest of our lives. Sage was our first child and the center of our universe and I am humbly begging for all to have my son’s memory and soul left in peace.”

However, a nephew alleges that Stallone wasn’t exactly the perfect father in recent years. Edd Filiti, 18, lashed out at Stallone’s current wife, Jennifer Flavin, in a Facebook post Friday afternoon. In the post — now deleted, but captured by Celebuzz — Filiti hinted at the family’s strained relationship. It also seems like he’s blaming Flavin for the strife.

“Jennifer, I’m glad your stepmother workload has lessened, one less member of the family to keep away, one less distraction,” he wrote. “Jennifer Flavin, you won. Your tore this family apart and got your trophy, Congrats! Like you told my family, ‘I’m Sly’s family now, he doesn’t need you anymore.’ Lets see how much he needs you after this.”

“What did he do wrong, say happy birthday,” Filiti, the son of Stallone’s half-sister Toni Ann, wrote on the social media site.

“Neither you [Flavin] or he could return a phone call, which is all he wanted, his father. I know you don’t care what happened, but you’ll care when your squirming under the burning magnifying glass of public opinion,” he continued. “You people make me f******g sick.”

Filiti wasn’t done there. He posted another message in remembrance of his cousin, though that post has also been deleted.

“No more pain but the pain he leaves his mother with, one of the kindest souls I’ve ever known, who would do anything for anyone, lets see how you brush this off, treat family like this, not one call to me or my mother either, ‘an angel by her beside’ but your son?” he wrote. “They’re going to paint you and your wife black and red, your image will disappear and everyone will see whats inside. Hold on, there’s a big f*****g storm coming. This is beyond disgusting. Good luck, what a f*****g family!”

A source told Celebuzz that father and son were estranged in recent years.

“Sage was not allowed in his father’s home and he admitted to other family members of his devastation that he’d seemingly been cut out of his father’s life,” the friend said. “Sage idolized his father but they had become estranged in recent time. It crushed him.”