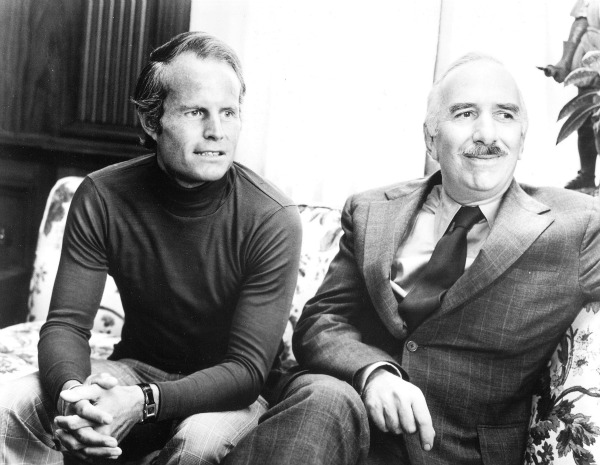 Richard Zanuck, a producer who has been working in Hollywood for more than a half century, died Friday.

Zanuck was nominated for three Oscars in his career for 1975’s Jaws, 1982’s The Verdict and finally won for 1989’s Driving Miss Daisy.

Spielberg told the New York Times that Zanuck “taught me everything I know about producing.”

Zanuck worked with Tim Burton six times in the last 11 years, on the films Planet of the Apes, Sweeney Todd, Charlie and the Chocolate Factory, Big Fish, Alice in Wonderland and this year’s Dark Shadows.

When the younger Zanuck worked for his father at 20th Century Fox, “the studio won 159 Oscar nominations, and three movies — The Sound of Music, Patton and The French Connection — were named best picture,” said the NY Times.

His father hired Zanuck as the production chief of 20th Century Fox in 1962, when he was still in his twenties.

The NY Times said after his firing, he held resentment against his father, but the younger Zanuck said they patched it up before his father’s death in 1979.

“It was different from the usual father-son relationship,” Richard Zanuck told The New York Times in 2003. “But I was able to patch everything up before my father died.”

Zanuck’s publicist said he died of a heart attack. He was 77, the same age his father was when he died.

He leaves behind a wife, Lili Fini Zanuck, two sons and nine grandchildren.