Charlie Sheen quits Twitter! Is that a “winning” moment for the web, or the sad loss of one of the most unpredictable 140-character wordsmiths around? 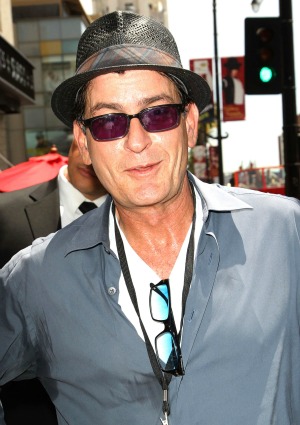 Charlie Sheen quits Twitter? You’d better believe it! The winningest celebrity to ever confine their deep thoughts to the social platform has peaced out, leaving a veritable joke-off in his wake.

It all began in March of 2011, when the actor joined Twitter shortly after his blow-out with Two and a Half Men. As the unpredictable, bizarre and hilarious tweets flowed, fans followed. Before deleting his account Friday the 46-year-old had over 8 million fans!

Enticing fans not to stray too far away, he later cryptically commented to TMZ, “Thank you all for your amazing support. Trust me when I say please ‘follow’ me to my next endeavor. It’s gonna be epic.”

An account parodying the humor stylings of actor Will Ferrell commented in rhyme, “Roses are unicorns violets are green welcome to the party I’m Charlie Sheen #Winning.”

Run for the hills! Charlie Sheen cast as president >>

A third Twitter user added, “Charlie Sheen stopped twittering…now how am i supposed to know if he’s #winning?”

One last jab? “If there was a list of things Charlie Sheen should quit, I’m sureTwitter would have been towards the very bottom.” Ouch!

What do you say in response to the news Charlie Sheen quits Twitter?