Jennifer Lawrence had quite the time of it while filming The Hunger Games. Sure, some of the crazy things Katniss Everdeen faced in The Arena were special effects, but not all of it. Find out how director Gary Ross created a realistic look with fire in this special feature from the upcoming DVD release. 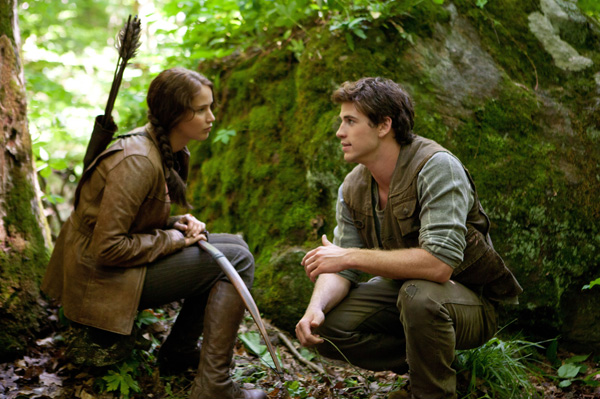 Yes! The Hunger Games will finally get a DVD and BluRay release on August 18 — and its chock full of special bonus features that go on behind the scenes during filming. The biggest takeaway: Star Jennifer Lawrence had to really work while playing Katniss Everdeen. The blonde actress had to literally run next to propane tanks that spewed fire on command — and it was hot.

The worst part (for Lawrence)? Everyone was else was safe while she faced the line of fire.

“My memories are everybody saying, ‘get back, get back!’ And me standing there where nobody else is allowed to stand and I’m like, ‘What about me?!'” she joked in the clip.

Other special features slated for the DVD include:

We think this will tide us over for a little while, but we seriously cannot wait for Catching Fire to hit theaters — now co-starring Philip Seymour Hoffman — in November 2013.

It sounds like it’ll be better than the first film, according to Lawrence.

“The new movie will be very real, which is what I’m excited about,” she told the paper. “I really like [new director] Francis Lawrence’s take, which is a lot of what I liked in Gary Ross,” she recently told The Los Angeles Times.