Bad luck has been plaguing a few of our Hollywood favorites lately. Every day has been Friday the 13th for these wretched celebs. Here are five personalities who would be well-advised to sit this Friday the 13th out… 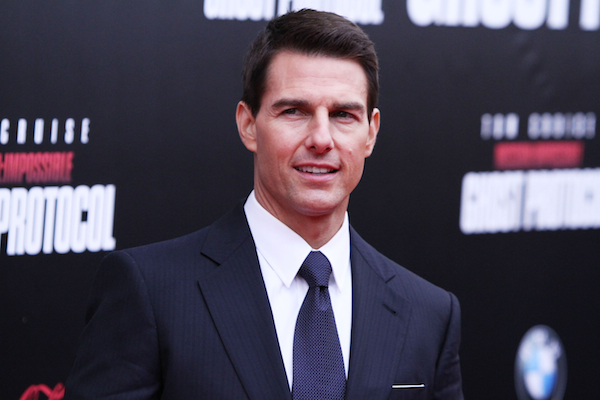 Yikes. Bad couple o’ weeks for Tommy Boy. He got “blindsided” with divorce papers from his now ex-wife Katie Holmes, Rock of Ages didn’t do so hot at the box office, he got painted as sort of a Scientology schizophrenic and spent his 50th birthday sans wife. If this is the kind of luck TC has been having lately, can you imagine what would happen if he stepped out today?

The last few days have ushered in some bad news for this R&B stage sensation. First Usher had to deal with a stalker who said that he was married to her! Uh, can you say restraining order? Then Monday greeted everyone with headlines that Usher’s stepson was left brain-dead after a jet-skiing accident! Today we suggest that Usher not operate any kind of heavy equipment. We hope he and his step-son have much better news in the days to come.

Wow, what a busy week for this beloved teen-girl idol. He got a speeding ticket and was sued for $9 million all in the same week! Poor guy. The lawsuit was filed by a concert-goer who said he suffered hearing damage. Someone’s ears were hurt as a result of a Justin Bieber concert? There’s a joke in there somewhere. We’ll leave it alone for now, since the Biebs has had a tough enough go of things lately. It’s probably time for JB to disappear for a few days, and starting his break on Friday the 13th seems like as good of a time as any.

Is Justin headed for a Lohan-like meltdown? >>

When your show (American Idol) has four key players and two of them back out in the same week (and you happen to be one of the two remaining) you may have hit a patch of bad luck. At a minimum you’ve got staffing issues. Jennifer Lopez and Steven Tyler are taking a pass on returning to American Idol for another season. At least that’s what is being reported. For all we know, Steven Tyler got the boot for allegedly sleeping with 4,000 women — American Idol is a family program, after all! Maybe Jenny from the Block got kicked to the curb for being over-exposed and being on everyone’s last nerve. We may never know. All we can say is Simon may want to not take calls from Ryan Seacrest today.

Another year of Steven Tyler on American Idol? Dream on >>

This unfortunate pint-sized doll was knocked cold when she was struck in the head by a piece of lighting equipment while on the set of The Good Wife last Wednesday. Ouch! This freak accident is not the first for Kristin. She was also injured at a pre-Broadway engagement, and again while rehearsing the Broadway revival of The Apple Tree. While on the set of Glee, she injured her back! Sheesh. Acting doesn’t really seem like a terribly dangerous line of work (except for stunt people, of course), but for Kristin it’s been nothing but a royal pain. She’s not yet out of the hospital. While we hope she makes a full recovery, we think it would be best if her doctors didn’t release her until Saturday the 14th!