Alec Baldwin wants kids to read more this summer, so he’s released a list of books that all kids should be putting their noses in this summer. So, why did a farting dog make the list? 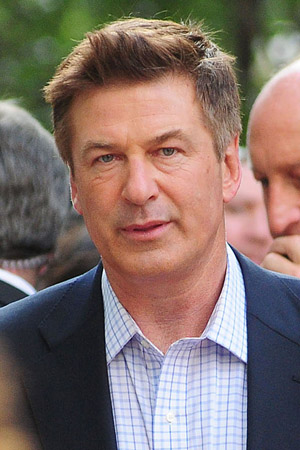 Newlywed Alec Baldwin is doing his best to transform his image from paparazzi boxer to serious artist. First, he switched his Twitter to focus on his work in the arts — and now he’s contributed his picks to the second annual “Brooke’s Best Books” list for kids, part of the Brooke Jackman Foundation.

As for his picks? Baldwin recommends two vastly different tomes: Little House on the Prairie by Laura Ingalls Wilder and Walter the Farting Dog by William Kotzwinkle and Glenn Murray.

Dogs and farts? Two of our favorite things. Of course, we had to learn more.

Turns out that the book is pretty popular with the toddler set and follows flatulent Walter as he tries to avoid the pound.

“Walter is a fine dog, except for one small problem: he has gas. He can’t help it; it’s just the way he is,” reads the official synopsis. “Fortunately, the kids Billy and Betty love him regardless, but Father says he’s got to go! Poor Walter, he’s going to the dog pound tomorrow. And then, in the night, burglars strike. Walter has his chance to be a hero.”

The book is every getting the movie treatment — it’s in development now and is tentatively scheduled for release sometime in 2013, according to Collider.com.

As for Baldwin? It sounds like he’s spending a lot of the summer in the Hamptons with his new bride, bendy yoga instructor Hilaria Thomas. He apparently longs for the simpler life, according to some of his recent tweets.