Ladies, keep those libidos warm. With Channing Tatum talking about a Magic Mike sequel, it won’t be long before we’ll all be heading back to the theater for an encore performance. So listen up, Hollywood execs… we’ve got a few pointers for making the follow-up flick even hotter than the last. 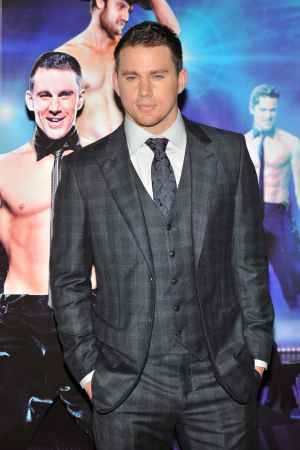 Despite what my husband (along with every other red-blooded American man) thinks, more went on in Magic Mike than a bunch of gratuitous a**-shaking. At the risk of sounding silly, the storyline about the soft-hearted, hard-working stripper tugged at our heartstrings. Guy has dream, guy can’t afford dream, guy goes out and works his butt off (literally) to support said dream. I mean, c’mon, nobody blinked when Katherine Heigl’s character on Grey’s Anatomy copped to flashing her goodies to pay off her massive medical school loans.

The notion behind the motion

Having said that, we would’ve loved to have seen certain plot points fleshed out a bit more — even if it meant seeing a little less tanned-and-taught flesh onscreen. Channing Tatum ‘s character shook his moneymaker every night in order to get his custom furniture business off the ground, but the furniture itself got about as much screentime as Matthew McConaughey’s t-shirt. We would’ve loved a happy ending (minds out of the gutter!) that included his furniture company coming to fruition.

When it comes to casting, I think we can all agree: Channing made movie magic as “Magic Mike.” Not only is he one tasty morsel of man candy, but he also has enough acting chops to keep us interested even when his clothes are on. Bonus? The boy can downright dance. Sure, we drooled when he gyrated in the group ensembles, but when he hit the floor for his solo — well, we just had to say daaaaaayum (through the drool, naturally). We’d like more Channing, with a side of Channing, in the follow-up. Please?

Perhaps Matthew McConaughey’s role should be relegated to less talky, more shaky-shaky. Sorry, Matt. We still love you, but your character was a sleaze and, quite frankly, looked as though he’d been hanging out on the beach beating his bongos and forgoing showers for far too long. When you finally did dance, we almost (almost) forgot how contrived the rest of your performance felt. But, hey, chin up — at least you weren’t the creepy Tarzan stripper. Ain’t nobody fallin’ asleep to fantasies of that bearded weirdo!

One thing is for sure, regardless of who else gets cast or how the story unfolds, throngs of women will undoubtedly file into theaters nationwide to catch the sequel. Other than a Tupperware convention or a sidewalk sale for Neiman Marcus, you’ll be hard-pressed to find so many women crammed into a space. So be a sport, will you? Appease us. Have a couple of scantily clad busboys serve us some cocktails. Give us hand fans for when we get flushed (the kind you get at outdoor weddings in July, as if they help), but have the fan portion consist of cardboard cutouts of white-hot Channing and his incendiary costars.

Just do us this solid and make the next Magic Mike even more magical than the first. We can handle it, we promise. Because, when those closing credits roll, we have to leave Channing’s grind and return to the daily kind.