At the intersection of fashion and politics stands Ralph Lauren, who’s coming under fire for his China-made Olympic uniforms. 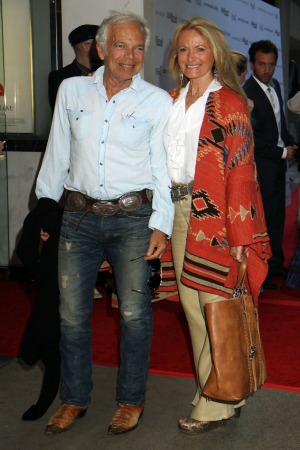 Hallelujah! Lawmakers from both sides of the political aisle have found something they can agree on: They hate the uniforms Ralph Lauren designed for the U.S. Olympic Team to wear at the opening ceremony of the Games later this month.

As if there was nothing more pressing to debate, these Congressional reps are not exactly Tim Gunn.

They’re not hating on the ultra-preppy design, complete with navy blue blazer and matching beret. They’re hating on where the uniforms were made… none other than China.

“It is not just a label, it’s an economic solution,” said Democratic Congressman Steve Israel. “Today, there are 600,000 vacant manufacturing jobs in this country and the Olympic committee is outsourcing the manufacturing of uniforms to China?”

Across the political aisle, House Speaker John Boehner quipped (while crying, in all likelihood, about how he “wants his country back!”): “You’d think they’d know better.”

USOC: Much ado about our sponsor

The “they” in that statement is the U.S. Olympic Committee, which has defended Lauren’s choices.

“Unlike most Olympic teams around the world, the U.S. Olympic team is privately funded and we’re grateful for the support of our sponsors,” USOC spokesman Patrick Sandusky said, via the Associated Press. “We’re proud of our partnership with Ralph Lauren, an iconic American company.”

Lauren isn’t talking. As of Friday morning, his latest tweets either have nothing to do with “Uniformgate” or, while Games-related, were tweeted before the controversy made it to the halls of Congress on Thursday.

And, yes, this did make it to those hallowed halls.

The aforementioned Israel said, on the House floor Thursday afternoon, that the outsourcing of such work is “just plain dumb.”

It “not only hurts our pride, it hurts our economy,” he said.

In addition, the New Yorker is putting pressure on other designers, including Michael Kors, Tommy Hilfiger and Calvin Klein, by tweeting: “We need American designers to manufacture the U.S. Olympic team uniforms! Will you help?”

“We need an American manufacturer to step up!”

Watch out, Ralph: Looks like somebody else may be coming after your job.