Tana French is well-known for her absolutely gripping mysteries. She burst onto the scene with In the Woods, a novel that inspires equally strong rants and raves about its controversial ending. Both The Likeness and Faithful Place were equally intriguing, and now she’s back with another novel about the Dublin murder squad — Broken Harbor. 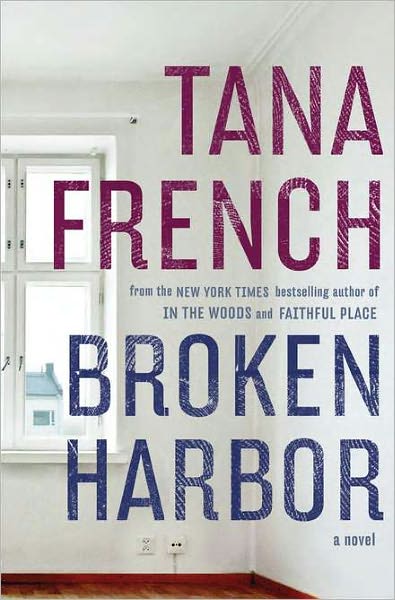 Tana French’s series of novels about the Dublin murder squad are unique in that they don’t center around the same characters. The main characters of subsequent books are actually introduced in previous books, so the reader has some familiarity with them, but they are generally new characters. For example, the main character of The Likeness, Cassie, was the partner of the main character in In the Woods. It gives French a chance to develop entirely fresh characters for every book, but still maintain a thread that connects the story lines of each of them. Her latest novel, Broken Harbor, features Mick “Scorcher” Kennedy, a cop she introduced in her previous book, Faithful Place.

Scorcher has just landed the biggest case of the year, and possibly of his career. When the real estate market was strong, developers put up high-rise, luxury condominium buildings everywhere they could. But as the economy began to slide, they abandoned these projects, leaving them half-finished, reminders of a more prosperous time. But when Patrick Spain and his two children are murdered in one of the buildings, a place called Broken Harbor, these developments become the center of attention once again.

Jenny Spain, Patrick’s wife, was the only member of the family to survive the attack, and at first, it looks like it will be an easy case to solve. But as Scorcher and his fellow police officers examine the evidence, they find some things that just don’t add up — dozens of baby monitors around the house, all pointed at holes in the walls, and files missing from the family computer. Add to that Jenny’s account of an unexplained and unaccounted for intruder, and Scorcher’s got his work cut out for him.

But there’s more in this for Scorcher than just a case. He has memories at Broken Harbor, bad ones that he’d rather keep suppressed. Returning there for the case brings up old wounds — Scorcher’s sister is threatening to drag up the distant past, all while he’s trying to figure out what really happened to the Spain family. Scorcher’s personal and professional lives intertwine to create an explosive and thrilling novel that readers won’t be able to put down.