Justin Bieber’s show was not music to one woman’s ears. She says the “Baby” star’s to blame for her permanent hearing loss. And she wants him to pay… big. 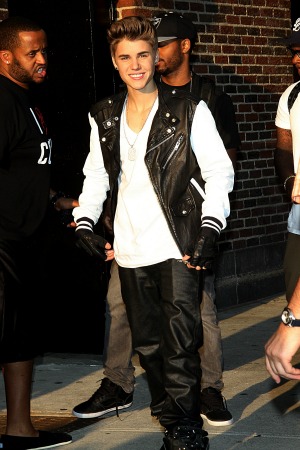 A mom from Oregon is suing Justin Bieber for $9.23 million in damages.

Stacey Wilson Betts says the star, label Island Def Jam Records, a concert promoter and arena are all to blame for the “sound blast” that allegedly destroyed her hearing.

TMZ reports it all started when Betts took her daughter to see a Beebs’ show in Portland, Oregon around this time — two years ago.

She contends noise from the Beliebers, known for their overzealous screaming, got worse when Bieber climbed into a “heart-shaped aluminum/steel gondola” that was pulled into the crowd.

By way of TMZ, Betts alleges this act, “created a wave-like effect of screaming by pointing into various sections of the arena. (Bieber) enticed the crowd into a frenzy of screams by continuously waving his arms in a quick and upward motion.”

Apparently, the gondola acted as a “sound conductor, creating a sound blast that permanently damaged both of my ears.”

Since summer 2010, Betts reportedly has suffered from tinnitus, which can present itself as a constant ringing, buzzing, roaring, clicking, whistling or hissing sound even when no other sounds are present, according to the Mayo Clinic.

The tinnitus is in addition, according to Betts, to other hearing-related damage.

So add this to the list of lawsuits for the 18-year-old star, who Forbes recently announced was second only to Taylor Swift on its annual list of “Highest Paid Under 30.” What did he gross in the past year? Try a cool $55 million.