Steven Tyler announced Thursday that he’s leaving the long-running show for his far longer-running band, Aerosmith. With an upcoming tour, and some old resentments, it appears the 64-year-old frontman’s decision was hardly his own. 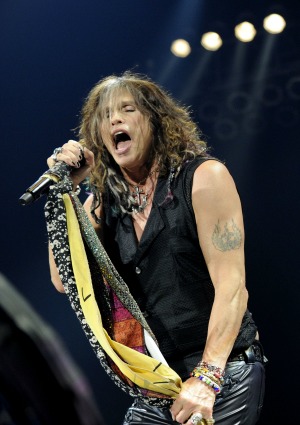 The legendary screamer announced yesterday he would not be back for American Idol’s 12th season in a way only Steven Tyler can: “I strayed from my first love, Aerosmith, and I’m back — but instead of begging on my hands and knees, I’ve got two fists in the air, and I’m kicking the door open with my band.”

And now it seems there may be more to Tyler’s dramatic references of “begging” on his hands and knees.

The network behind Idol, Fox, reports the tryouts for the singing competition clashed big-time with the promotional tour for Aerosmith’s new album, Music From Another Dimension.

Initially, the album release was slated for later this summer, Fox reports, but that got changed to November. Big conflict.

And there appears to be deeper-seated resentments at work as well.

By Tyler’s own admission, according to Fox, his band was “jealous” when he signed on with the hit show in ’09.

“They heard it through the press and not me,” Tyler said. “I’ve been on tour with these guys for 40 years and they have been judging me every day.

“Sometimes it hurt — a lot of times… It’s a real journey with those guys,” he continued, by way of Fox.

And we can’t forget Aerosmith sans Tyler’s well-documented animosity toward the show. A lot of that animosity has come from guitarist Joe Perry, who Fox reports went so far as to “threaten to replace” Tyler over his Idol judge role.

“The situation smacks of the band forcing him to make a choice between Idol or Aerosmith,” PR insider Glenn Selig told the network. “He chose Aerosmith.”

Having a bandmate threaten to oust from a group you’ve performed with for more than 40 years will also do that to you….

Indeed, Aerosmith was quick to shout Tyler’s departure from the rooftops on its website, which prominently featured the star’s Thursday announcement.