Joy Castro’s fiction debut, Hell or High Water (July 17), a thriller set in post-Katrina New Orleans, is a SheKnows book pick for summer. Joy sits down with SheKnows to talk about everything from her novel to something we’d be very surprised to know about her. 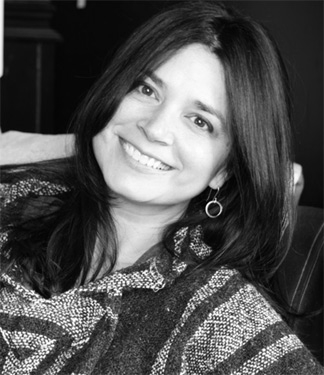 SheKnows: You’re active on Twitter (@_JoyCastro). Tweet us about your novel, Hell or High Water (in 140 characters or fewer of course!).

SheKnows: What inspired the plot for Hell or High Water?

Joy Castro: A true story. During the Hurricane Katrina evacuation, over 1300 registered sex offenders went off the grid. By 2008, when Hell or High Water takes place, 800 were still missing. That’s a fact.

Then I thought, What if a reporter were assigned to that story? What if she were a young, female reporter, and it was her first big break? What if her investigations led her into some risky territory? And — oh, yeah — what if a similar young woman had been abducted from the French Quarter at the same time? So then I was off and running. 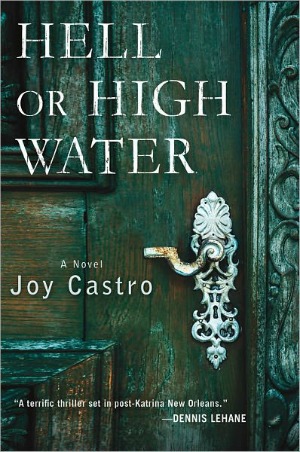 SheKnows: Hell or High Water is your debut novel. What did you like/not like as much about writing fiction vs. a memoir?

Joy Castro: I love both! Each is challenging and rewarding in its own way.

For me, memoir requires a stringent fidelity to what’s known or remembered. (Some memoirists like to play a little fast and loose, but I prefer to keep it real.)

The nice, easy thing about memoir is that you already know the story. You don’t have to make it up. You just have to figure out the most effective way to tell it.

With fiction, you have to invent everything. (Well, aside from the real things you include. Hell or High Water, for example, includes a lot of juicy New Orleans details — music, food, night-life and history.)  With fiction, in terms of plot and character development, you’re free, and you can explore and discover as you go. Even if you write, as I do, from an outline, the narrative can wander and veer in any direction. That’s exciting.

SheKnows: Hell or High Water is set in New Orleans, post-Katrina. Why did you choose this setting for your novel?

Joy Castro: Crises and tragedies get a lot of media attention — for a short while. The public is rapt, breath held, while the drama unfolds. Then our attention turns elsewhere, to the next crisis.

But the long aftermath — that’s the story that has always fascinated me. Once the news cameras go away and the world stops remembering to care, what happens then? Silence or neglect in the wake of damage is a tremendous test of both individual character and community bonds. The story of aftermath — of survivors struggling to patch their lives back together — is a quieter, grueling story, and it’s what I like to explore.

Hell or High Water is about both the aftermath of Katrina and the aftermath of sex crimes. Crises don’t end once they’re over. For survivors, the fallout can last a long time, and it can warp people in mysterious and troubling ways. But it can also call forth what is best, bravest and most generous in our natures. New Orleans — gorgeous, complicated, resilient— is the perfect setting for a story like that.

SheKnows: Describe your writing space — what are five things that would give us some insight about you?

Joy Castro: I usually draft longhand in bed, in the mornings, before getting up and getting dressed, when my mind is still dreamy and open. Then I type everything at the dining room table or at a stand-up desk in our bedroom. The books go through multiple drafts. (I don’t keep count — it might be too discouraging!)  The final revision consists of marathon read-aloud sessions in which I listen for sound and rhythm in each line.

I don’t currently have a designated space to write, because the little room that we built in our apartment as my study has been fulfilling other purposes since the construction ended. For several months, it served as our son’s bedroom after he finished college and moved back in with us. Soon after he left, it became the bedroom of our foster daughter, who had been my Little Sister for several years through Big Brothers Big Sisters (and was the inspiration for Marisol, Nola’s Little Sister in Hell or High Water). When she had emergency housing needs last year, she moved in with us.

So I’m currently set up at the dining room table, and it’s pretty no-frills, since I have to clear everything away regularly. I have a laptop, a little metal holder like the kind you use for recipe books when you’re cooking, so I can hold my notebooks open while I’m typing, and a lamp for working at night.

For now, family is more important than a room of my own, but one day soon, I’m going to have the little study of my dreams. In the meantime, I just do my best. It can be done!

SheKnows: What would your readers be surprised to know about you?

Instead, I’ve been traveling to New Orleans for the last 20 years with my husband, who grew up on the north shore of Lake Pontchartrain and went to college in the city. His mother still lives in the house where he grew up. We go as often as we can.

I fell in love with the city as I was falling in love with James, to whom Hell or High Water is dedicated. I wrote the novel as an outsider, with respect and love, rather than from any position of insider expertise.

Luckily, I love to do research — especially when it requires eating, drinking and going out on the town!

SheKnows: This summer — what do you have planned that has nothing to do with writing?

Joy Castro: Honestly, not too much! I have two books launching — Hell or High Water now and Island of Bones, a memoir, in September — so that’s kind of consuming. I’m also editing a special issue of the journal Brevity and an essay collection this summer, and I teach at a university, so when I’m not writing or editing, I’m prepping to teach writing this fall.

Wow, I sound a little obsessed. Okay, let’s see:  nothing to do with writing. Well, we’re going with some friends to see Jack White play in Omaha in August, and we’re excited about moving our foster daughter into the dorms at Nebraska Wesleyan, where she’ll start this fall. Going to college is a dream come true, and we’re thrilled for her.

SheKnows: Are you working on another novel? Can you give us any hints?

Joy Castro: Yes! The second thriller in the Nola Céspedes series, Nearer Home, is also set in New Orleans. A year has passed since the events of Hell or High Water, and Nola gets embroiled in investigating the brutal murder of her former professor — an older female professor with whom she had a very conflicted relationship. (Nola, as readers of Hell or High Water will know, has problems with authority.)  When she learns that the professor had been researching a bad shoot by the New Orleans Police Department and a possible scandal at the senator’s mansion, things get complicated, and soon Nola herself is a target. Nearer Home will be out — fingers crossed! — in 2013.