Fans who waited in line were well-rewarded by the Twilight creators, as they became the very first to see a preview of the new film. 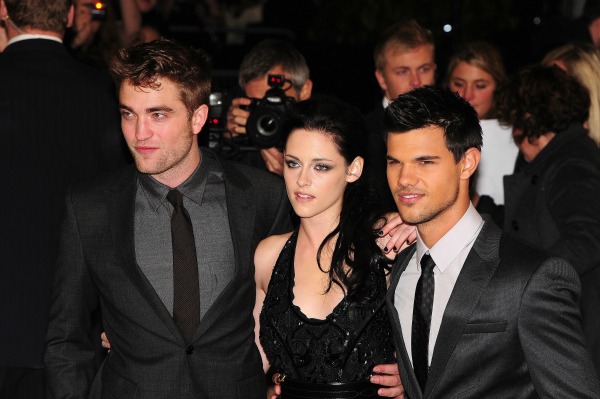 Twilight fans waited in line for hours for a chance to get into the Comic-Con panel featuring Kristen Stewart, Robert Pattinson and Taylor Lautner.

But those fans were in for more than they could have ever imagined. Not only was the majority of the major cast there, but an unexpected special guest was also.

“Perhaps the biggest guest though was the smallest one, as Edward and Bella’s baby Mackenzie Foy (aka Renesmee) sat sweetly by her parents’ side,” said Yahoo!

The director of the film, Bill Condon, also showed up, via video. Condon had quite the surprise for the fans.

He announced they would be previewing the first seven minutes of The Twilight Saga: Breaking Dawn Part II, exclusively for the audience in attendance (warning, some details of the preview up ahead).

According to Yahoo! the preview with Bella awaking as a vampire, and a hungry vampire at that. She wants to see her daughter, but before Edward can let her, he must help her find food. This is so she is not tempted to feed on their child.

Bella goes into the woods with Edward and learns the rules of what it means to be a vampire, including not feeding on humans.

Yahoo! says that the attendees at the panel cheered at each turn.

“After Bella feasts, she and Edward head back home to see Renesmee,” according to Yahoo! “Before they can enter, protective and gorgeous Jacob (Taylor Lautner) lays his eyes on Bella as a vampire for the first time. He’s surprised by how much she looks like herself.”

Jacob lets her smell him to make sure she won’t eat him so he lets her see his daughter.

According to Yahoo! the seven-minute preview ends there. The entire audience cheered.

Even though part one opened over a year ago, the seven minutes will have to be enough to hold the fans over for another four months. The Twilight Saga: Breaking Dawn Part II doesn’t open in theaters until Nov. 16, 2012.