After the singer’s stepson was in an accident over the weekend, he may be re-thinking the custody and child support battle he has been in with his ex-wife. 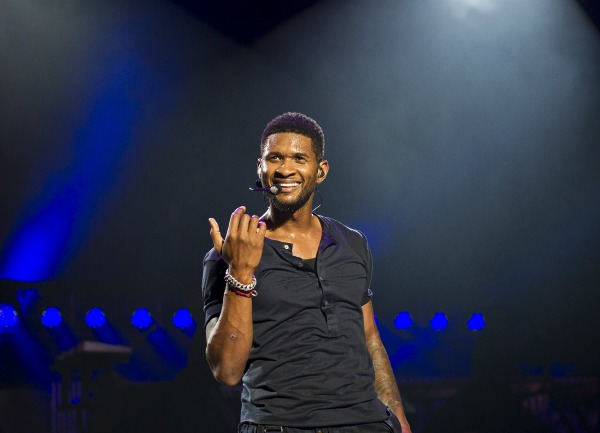 As late as last week, Usher Raymond was still involved in a custody battle with his ex-wife Tameka.

But this weekend changed everything. Tameka’s son (Usher’s stepson) was in a Jet Ski accident.

Kile Glover was reportedly on an inner tube in a lake in Atlanta, Georgia when he was hit by a friend’s Jet Ski. He was rushed to the hospital but later declared brain dead.

Usher immediately went to his ex’s side, and sent a private jet to pick her up and bring her to her son’s side.

The couple has two biological children, and TMZ is reporting that Usher chose this moment to bring up their custody negotiations.

“Sources connected with the couple tell TMZ [that] Usher spoke with Tameka over the weekend and suggested that they settle up,” said TMZ. “But he did not significantly change his offer — 50/50 custody with a very slight increase in child support. Tameka said no way.”

But it looks like the singer changed his mind. It is being reported that he went to his lawyer this week and asked to give her “a majority” of custody, according to TMZ. He has also asked to change his child support offer also.

The site also reports that Usher changed his mind because he is aware that Tameka is suffering.

“We know God’s in control, and are leaning on our faith in Him and His word at this most difficult time,” Kile’s family said in a statement to CNN. “We firmly believe in the power of prayer and ask that you all continue to pray and lift Kile up, as it’s the best way we can all support him now.”

According to MTV News, a family friend was driving the Jet Ski that hit the 11-year-old boy, but he has not been charged yet. Another girl was also hit and sent to the hospital with a broken arm.