The Dark Knight doesn’t come out until next Friday, but director Christopher Nolan is already talking about what project he’d love to do next. 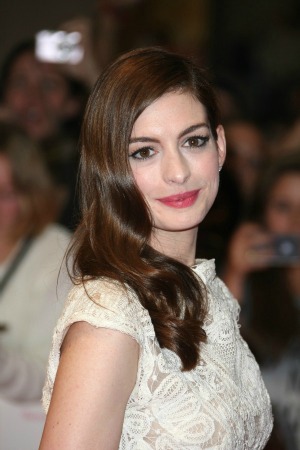 Eight days before the release of The Dark Knight Rises, the movie’s director is already talking spin-off.

Christopher Nolan wants to see Anne Hathaway reprise her role as Catwoman. Even though his time is up with the superhero franchise, he wants to see more.

“She’s an incredible character and we’re very excited to see her and hopefully we’ll leave people wanting more,” said Nolan, according to the Huffington Post.

Hathaway competed against many actresses for the role, and the movie has already been getting good reviews.

“For me, Gotham and these characters, I’m done. I’ve told our story and I’m moving on,” Nolan said. “[But] I certainly think she deserves [another chance], she’s incredible.”

Just like the previous catwomen, Hathaway will be a villain in this newest Batman movie. And, like the rest, she will also play a love interest of Batman. Christian Bale is reprising his role of the winged superhero.

Reviews of different catwomen have been mixed in the past. Michelle Pfeiffer played the part in 1992’s Batman Returns, directed by Tim Burton. The movie brought in a little over $266 million worldwide, not bad for its $80 million budget.

Conversely, in 2004, Halle Berry revived the part in the movie Catwoman, which was considered a flop at the box office. The movie received less-than-stellar reviews, and made only $80 million worldwide. The film cost $100 million to produce.

According to the Huffington Post, The Dark Knight Rises could quickly surpass The Avengers as the movie of the summer. This is a big task considering The Avengers is the third highest-selling movie of all time.

New stars in the movie will include Joseph Gordon-Levitt as a police officer, and Marion Cotillard. Gary Oldman, Morgan Freeman and Michael Caine will be some of the returning stars to the series.

Nolan hasn’t expanded on his plans for a Catwoman spin-off, but the director seems like the type to accomplish his goals, which means we may see the movie sooner than later.