It’s over: Steven Tyler is officially off American Idol after two season on the show. Jennifer Lopez is probably next, so what will happen to the show? 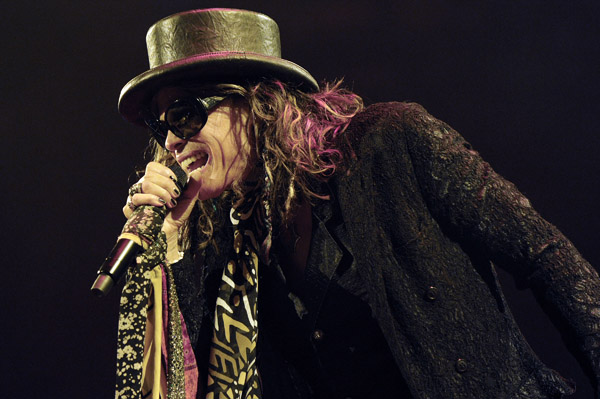 “After some long…hard…thoughts…I’ve decided it’s time for me to let go of my mistress American Idol before she boils my rabbit,” the Aerosmith lead singer said in a statement. “I strayed from my first love, Aerosmith, and I’m back — but instead of begging on my hands and knees, I’ve got two fists in the air and I’m kicking the door open with my band.”

In other words: It’s time to rock.

“On Nov. 6,” he added, “we are unleashing our new album, Music From Another Dimension, on the Earth, Moon, Mars, and way beyond the stars…Idol was over-the-top fun, and I loved every minute of it.”

Tyler’s official departure from the show comes just hours after Jennifer Lopez hinted at her own exit from the judges’ table.

“I am thinking that it’s time for me to go,” the singer told NBC’s Today Show on Thursday morning. “I’ve loved it so much. I’ve enjoyed the show so much. I enjoy just the whole process of the show … It’s a tough decision either way, but I have to say there are so many things I do that I put on hold for that.”

“It’s a heartbreaking decision if I have to go,” she added.

So, who will take the two empty spots left by Tyler and Lopez? One of the clear frontrunners is former runner-up Adam Lambert.

“They have been talking about Adam for over a month,” a source told E! News earlier this week. “He personifies the show, and will be a popular choice right from the start. He knows what it’s like to be on the receiving end of the judges’ comments, he has a human touch, and they know they can’t go wrong if they bring him on. He would be able to bring a unique perspective to the show. People love him.”

Lambert says not to hold our collective breath for an announcement — yet.

“I’m just hearing about this today as well and so what a beautiful rumor,” Lambert told British radio station Capital FM earlier this week. “Listen, if — and I say ‘if’ with a capital I-F — if they were to approach me and if they were to say, ‘We want you to be a judge on the show,’ I would love that. I would jump at the chance.”

2 hrs ago
by Araceli Cruz