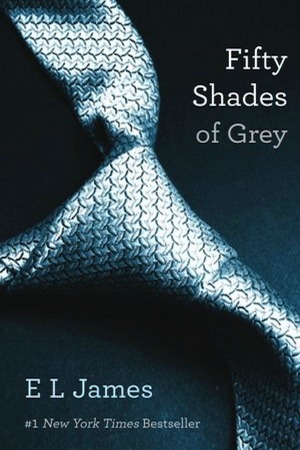 We know Christian Grey has autism. We know what he looks like. Now we know he (by way of author E.L. James) may be responsible for the first dramatic baby boom in nearly five decades. Yes, we’re feeding in to the craze that has prompted a Fifty Shades backlash!

For the two of us out there who haven’t read the Fifty Shades of Grey trilogy — and excusing my dramatic over-simplification of the content behind what will surely become classics — Christian Grey is a young business magnate who’s into S&M.

These themes are fertile ground for the trilogy’s readers to start makin’ babies, right?

Lest you think this is mere speculation, the folks over at Babycenter were so taken by the number of women who said they were “gettin’ frisky” because of the books, that it prompted them to develop an article “analyzing” the phenomenon.

Yes. That article was later cited by a Today show contributor, who said: “Dozens of expectant moms chimed in to admit that they, too, are carrying a Grey baby. This anecdotal evidence is not scientific by any means, so time will tell if Ms. James and her kinky characters can truly be credited for inspiring a baby boom.”

Here’s what some of the very, ahem, “enthused” moms and soon-to-be-mommies had to say on the message boards: “I would like to thank the author of “Fifty Shades of Grey” for our newest addition.”

“DH and I were ‘not preventing’ and letting whatever happens, happen in regard to TTC #2, for the past few months… Let’s just say that my obsession with the Fifty Shades Of Grey trilogy increased our frequency last month and I just got a BFP!”

“Yup, this series was definitely my version of female Viagra. Thank you E L James!!!”

Dare we ask: How is Fifty Shades affecting your love life?