The Rolling Stones are marking their big 5-0 on Thursday, July 12, with a photographic exhibit documenting the group’s storied career at London’s Somerset House. With anniversary celebrations in the works, Keith Richards hints at even bigger plans for the rockers, whose youngest member is 65(!). 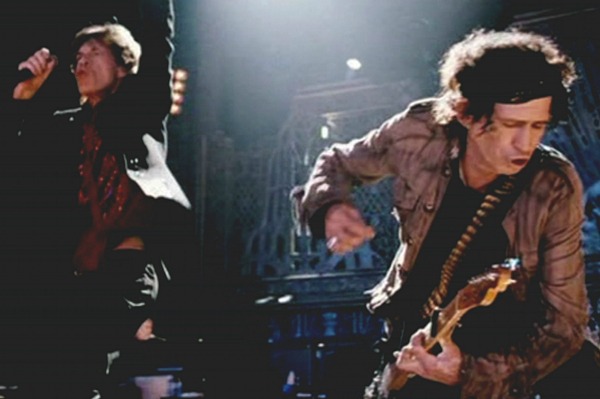 Ever since the world started talking about the Stones’ 50th, there have been rumors of a new globe-trotting tour.

With that big milestone upon us, it looks very likely that we’re in for just that.

“There’s things in the works — I think it’s definitely happening,” Keith Richards told the BBC. “But when? I can’t say yet.”

He went on to confirm that the group, which includes Mick Jagger, Charlie Watts and Ronnie Wood, have had “a couple of rehearsals.”

“We’re playing around with the idea,” Richards continues. “We’ve got together and it feels so good.”

And it’s just that — with Richards and Co. reminiscing about their first gig at The Marquee Club in London on July 12, 1962.

Rolling Stone featured a lengthy profile about the group that would go on to sell more than 200 million albums worldwide.

“The band borrowed money from Jagger’s dad to rent equipment for the gig,” the article notes. “In Life (Richards’ 2010 memoir), Richards recalled playing songs like “Dust My Broom,” “Confessin’ the Blues” and “Got My Mojo Working.”

“‘You’re sitting with some guys, and you’re playing and you go, ‘Ooh yeah!’ That feeling is worth more than anything,” Richards wrote. “There’s a certain moment when you realize that you’ve actually left the planet for a bit and that nobody can touch you… it’s flying without a license.'”

The article goes on to say the band continued to play in London clubs throughout the summer of ’62, with Jagger, Richards and late bandmate, Brian Jones, sharing a grimy second-floor flat complete with all the fixings for an up-and-coming band — dirty dishes, two beds and no furniture.

What a difference a few years makes, let alone 50! By the mid-1960s, the Stones’ popularity would cross the pond as part of the phenomenon that was the “British Invasion.”