At the ominous-sounding “666 Park Avenue” all your desires will be fulfilled. But, as always, it comes with a devilish price. With that intriguing synopsis, let’s see how the star-studded (and much-hyped) new ABC series is faring with those viewers who got a first look. 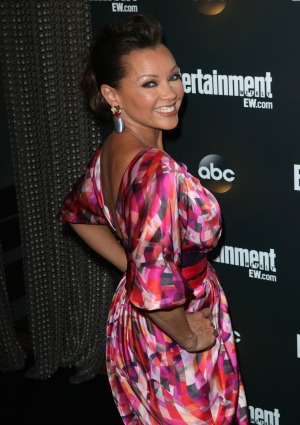 Here’s 666 Park Avenue in a nutshell: Jane Van Even (Rachael Taylor, Grey’s Anatomy)  and Henry Martin (Dave Annable, Brothers & Sisters) move from the Midwest to New York City to manage one of the oldest buildings in the city at none other than 666 Park.

Owned by the mysterious Gavin Doran (Terry O’Quinn, Lost) and his wife, Olivia (Vanessa Williams, Desperate Housewives), the couple thinks they have it great: All their wildest desires are being fulfilled — wealth, power, sex, love — that covers the biggies.

But every pact with the devil comes with a price.

As IMDb puts it, “The Drake is home to dozens of residents who are unaware they’re living in the dark embrace of supernatural forces.

“They think their dreams are all coming true, only to find they’ve been lured into making, what feels like, a deal with the Devil.”

In an early review of the show set to debut this fall, The Christian Science Monitor characterized it as what you’d get if American Horror Story and Melrose Place were to mate.

Though they indicate the whole pact-with-a-devil story has been done (many times over), the series is “saved” by its “ridiculously likable” and “genetically blessed” cast.

Of course, it’s one thing for the “critics” to weigh in, and quite another to see how the general “masses” respond to a new show. Case in point: Newsroom. While it was slammed by critics, people are tuning in weekly in a big way.

So how do the so-called “rest of us” feel about the show?

The new thriller was screened during Comic-Con and reviews were mixed.

“It’s a little slow for me. I’m not really engaged with the mysteries at all or the people. I kinda don’t care.”

“This was a good concept. The cinematography looked cool and the play on history (with) the occult was cool. I’d recommend it (to fellow Lost fans) because (O’Quinn) still has that same style of acting.”

“(The acting) was fine. I mostly saw it for Terry O’ Quinn; he did okay. (The character) is no Locke, though.”

“I’ll watch it. I’m a Vanessa Williams fan. It looks like it’s well written, and there were definitely moments where I didn’t expect (certain things) to happen. I had a couple of shocking moments…I’m definitely going to watch it when it hits the TV.”

Check out the trailer.