Anderson Cooper kept his sexuality private for years, but he suddenly broke his silence with an email “coming out” announcement in June. Was it innocent, or a well-planned publicity ploy? Some insiders say it’s the latter. 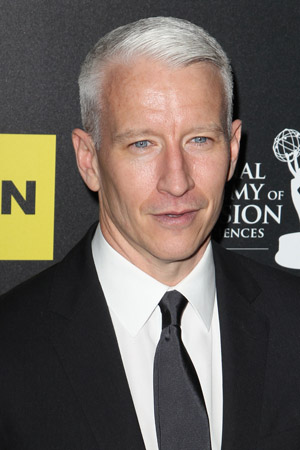 Anderson Cooper’s official “coming out” in an email to his friend, The Daily Beast reporter Andrew Sullivan, seemed like an off-the-cuff response to question about gays in Hollywood. But, was it? No, say insiders.

Some claim the nonchalant email was exactly what Cooper had planned: It was a calculated move designed to spark interest in his daytime talk show, Anderson.

“They wanted this to seem like it was a spur of moment decision where he said he ultimately decided to come out because he was doing more harm than good,” an “insider” told The Huffington Post‘s Rob Shuter. “That might be true, but before he came out he had a long discussion with his team making sure he wasn’t committing career suicide.”

The email was perfectly timed — Cooper was in Botswana at the time, so he wasn’t around to see the bruhaha among fans and the media.

“What will be interesting is how it will affect the content of his daytime talk show that returns September 10th,” a television exec told Shuter. “Will he follow the path of Ellen (DeGeneres), where her sexuality is known but not a major topic of conversation, or will Anderson want to change the conversation and make this an important part of his show?”

Let’s hope it’s the former — Cooper is too talented to make his homosexuality a constant topic on the show.

One thing we do know: Star Jones was spot-on when she said the Silver Fox did it for the ratings. The former co-host of The View said she’s a cynic and cites Oprah as someone who fed information for public interest.

“(She) said she smoked crack, Oprah said that she was pregnant at 14 and considered suicide,” Jones said on The Today Show. “There are times that you generate information for ratings.”

And Jones knows a thing or two about doing stuff for publicity — remember her “marriage” to Al Reynolds? Exactly.