In this adorable indie flick about a writer who creates his dream girl on paper, audiences get to see what happens when life imitates art in this exclusive clip from Ruby Sparks. 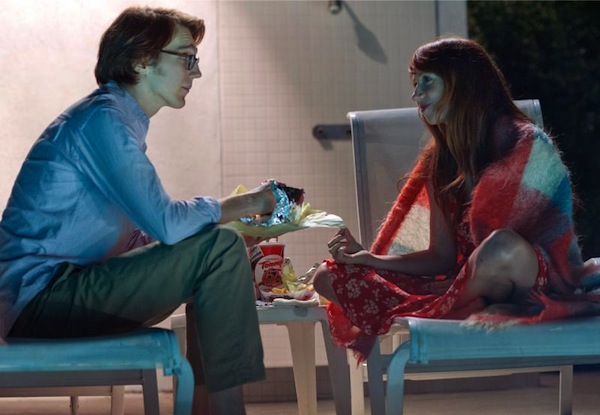 Is she real? Does it matter? In the new film starring Paul Dano (Little Miss Sunshine, There Will Be Blood), audiences get to experience what it’s like to have a fantasy come to life, the fantasy of a dream girl.

What a man would do to get his dream girl…

Ruby Sparks is the story of a writer who dreams up his fantasy girlfriend for his new novel. Dreams up? You mean on paper, right. Nope, he actually wills his ideal woman into existence by the mere typing of his fingertips. Must be every man’s dream. That is, until she comes to life.

Top 10 romantic comedies of all time… starts with Julia >>

You know what happens next — she complicates his life and now he has to deal with the ramifications of having a proper girlfriend. This is a romantic comedy we can get behind — especially if you like the idea of writing up your dream girl… er, guy. Whichever it may be, the thought of bringing to life the perfect person who would be best to love you is more than a little magical.

The Real Moms Guide to the perfect romantic comedy >>

Dano plays Calvin, a suffering writer who is very terribly blocked. When his aptly named dream girl, Ruby Sparks, played by actress Zoe Kazan of Fracture and Revolutionary Road, comes to life, the writer has more than just a block on his hands.

5 romantic movies to watch with your BFFs >>

In this scene exclusive clip from Ruby Sparks, Dano’s character tells his confident about his new girlfriend. It’s not so easy to understand she’s a figment of his imagination, but what’s even worse is the thought of telling his mother about her. It’s every man’s nightmare, right? To bring home the girl he loves, even if she was invented by him. Men. What can you do?

10 mins ago
by Julia Teti