Seth Meyers has been filling in with Kelly Ripa this week, but both of them have said he will not be joining the show. 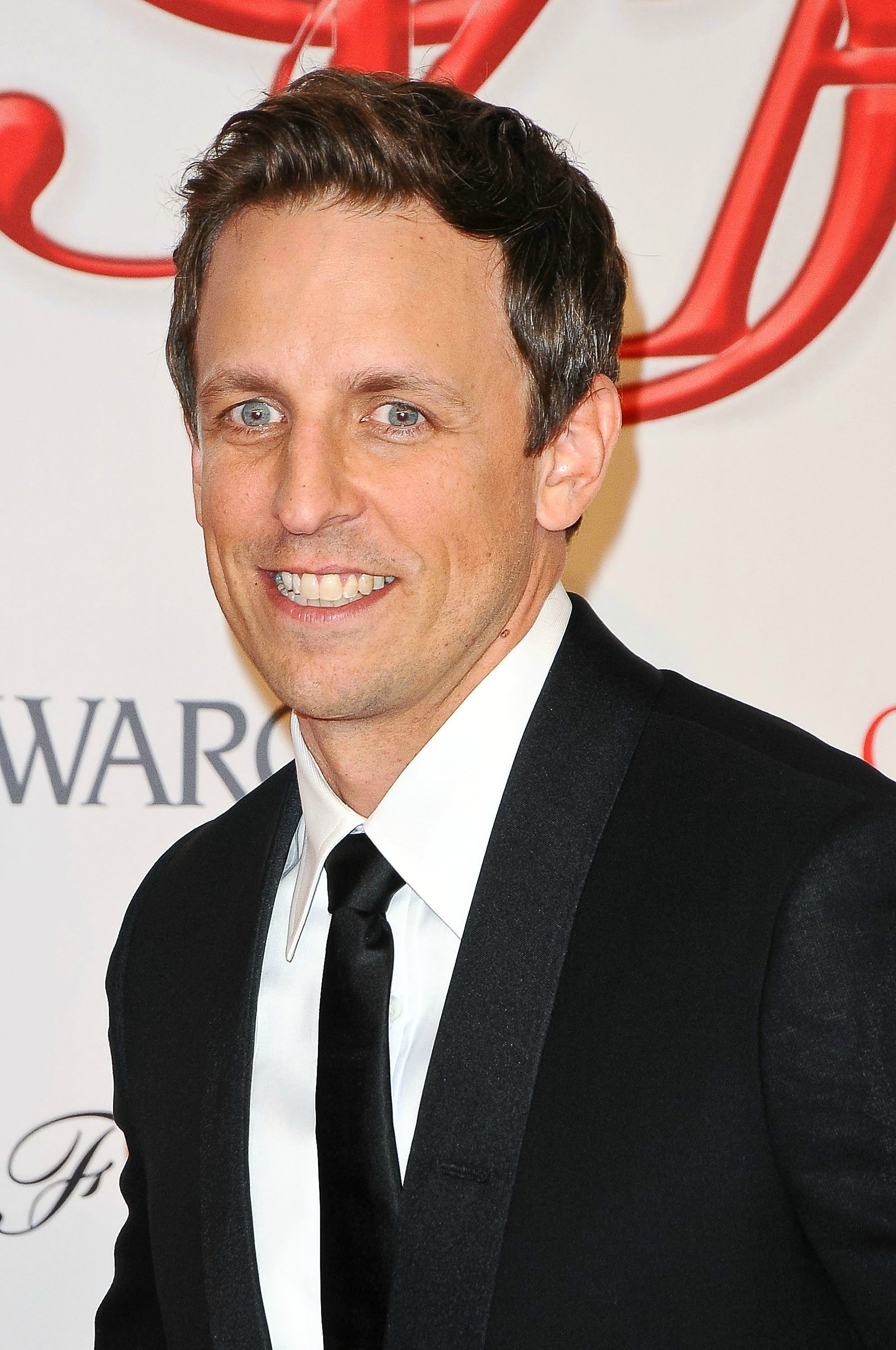 Seth Meyers is the latest celebrity being rumored to be filling Regis Philbin’s shoes.

Meyers has been filling in this week, the latest in a string of celebrities who have helped co-host with Kelly Ripa.

The Orlando Sun-Sentinel in Florida asked him about the rumors.

“No, no, no, no, no,” he replied. “I know [Regis’ replacement] is a very important thing down there. But, right now, what I would say to you: I’m really in love with the job I have. I’m very excited to be going back [to SNL] for the election season, which is always fun.”

The show has been taking its sweet time finding a new replacement for Philbin, who left last year.

“A variety of guest hosts have taken the chair next to Ripa since last November, and continue to do so. Besides Meyers, Groban, Kristin Chenoweth and Matchbox 20 singer Rob Thomas will also be co-hosts in July,” said the newspaper.

The show hopes to find a host soon. According to CNN, rumors are that the position is down to three contenders: Meyers, singer Josh Groban and former NFL-er Michael Strahan.

“When you see Seth Meyers in the morning, it is like looking at a vampire,” Ripa told Fallon. “He’s not ready — he’s like, ‘How do you do this everyday?'”

She went on to explain how much more difficult hosting a daily show was compared to a weekly one.

She said that Meyers has had a “a high-school schedule his entire grown-up life,” according to the LA Times.

Fallon agreed, adding “You feel like a kid when you’re on Saturday Night Live.”

He did go further and tried to get any info out of the Live host.

“Everyone assumes I have the inside track,” Ripa replied. “But I am just a hired employee.”