The Hangover’s Ed Helms is trading in drunken nights for family fun. The actor’s in talks to headline National Lampoon’s Vacation. The funnyman will be picking up where Chevy Chase left off. 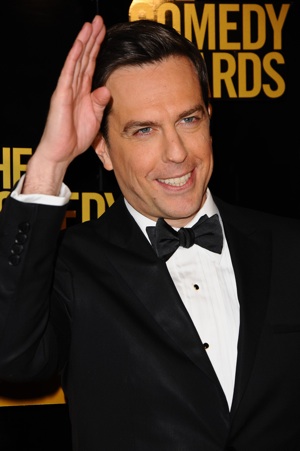 Ed Helms is going on another trip, but this time he’s leaving the Wolf Pack behind. The star of NBC’s The Office and The Hangover has a new gig. Helms has landed the lead role in New Line’s reboot/spin-off of National Lampoon’s Vacation.

Vacation was a lucrative film franchise that starred Chevy Chase and Beverly D’Angelo. The original was directed by Harold Ramis and based on a screenplay by the late John Hughes. It centered on the misadventures of the Griswold family as they made a cross-country drive to a theme park.

In the reboot, Helms will star as Rusty Griswold, the grown-up son of Chase and D’Angelo’s characters. Anthony Michael Hall originated the role in the 1983 movie.

According to The Hollywood Reporter, the new film will center on Rusty and his family as they embark on their own vacation. The film will be directed by John Francis Daley and Jonathan Goldstein who previously wrote the comedy, Horrible Bosses.

Horrible Bosses: 4 bosses you don’t want to end up with >>

Vacation will fit perfectly into Helms’ busy work schedule. The film doesn’t begin shooting until spring, after he wraps production on The Office.

What do you think of Helms as the new Rusty? Can he pull it off?