So, you think you can dance? What about choreographed with 50 other people in the middle of a shopping mall? Step Up Revolution shows the new side of shaking booty — in the form of performance art dances. 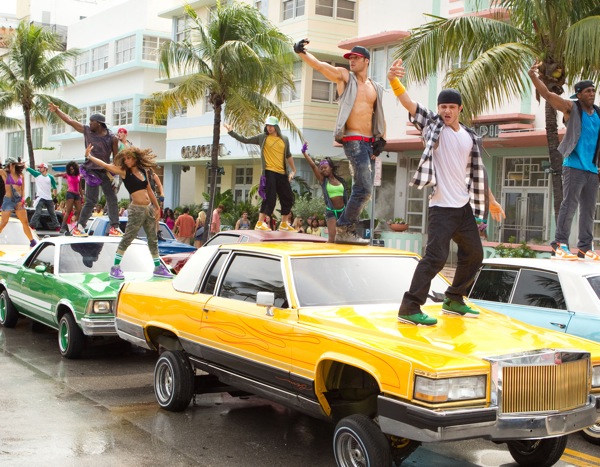 SheKnows brings you this exclusive look at some of the body-shaking performance art known as flash mobs that is the big underground dance moment in Step Up Revolution.

The fourth installment in the popular Step Up dance movie series is about two young lovers from different sides of the tracks. This time, rich girl Emily, played by Kathryn McCormick of the sixth season of So You Think You Can Dance, goes to Miami with hopes of becoming a professional dancer. That’s a promise to the audience that we’re already in store for pretty fabulous dance moves. As Emily is finding her way, she meets with rough-around-the-edges and gorgeously hot Sean, played by newcomer Ryan Guzman.

Tweet your moves: Be a Step Up Revolution, too >>

He, of course, is from the wrong side of the tracks (we wouldn’t want the right side, now we would we, ladies…?). The two have an instant spark. Sean is also (thankfully!) part of an underground dance troupe who specializes in flash mobs. Booya! The means double trouble for Emily. Things get extra heated when Sean and his homies ramp up their dance bombs in the streets of Miami. Performance art is the new protest.

This doesn’t bode well for Emily, whose father is planning on remodeling some of the funkiest places in town. Sean and his dancers love to express themselves in those very neighborhoods. Things get even hotter when Sean and Emily fall in love. Shake it for your flash mob man, girl!

Reality TV Magazine: So You Think You Can Dance >>

If you’re like us and mad about dance movies, no matter what side of the tracks the dancers are from, check out this exclusive look at some of the hot flash mobs from Step Up Revolution. The film opens in theaters July 27. Boom, boom, boom.