Stateside, a number of media outlets are finally reporting the story of Lennox the dog — the American bulldog mix who became a global sensation. Problem is, it’s too late. Lennox has already been to put down by the city of Belfast for, supporters claim, simply looking like a pit bull. 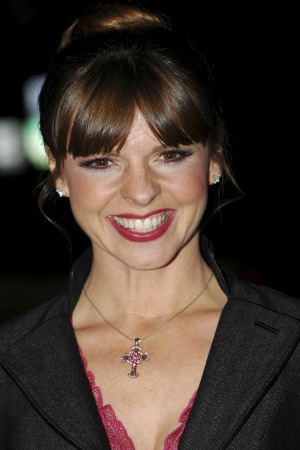 Long before Yahoo news featured a report on its home page that there was an “outcry” over Lennox the dog’s death, there as an outcry over the very-much-alive Lab/American bulldog mix being held by officials in the Northern Ireland city.

For the past two years, publications in the U.K. have followed the saga of Lennox the dog, who was confiscated by the city in May 2010 as part of its Dangerous Dogs Act.

The case even attracted the likes of Animal Planet host Victoria Stilwell of It’s Me or the Dog, as well as Dog Whisperer Cesar Millan and, fittingly, another boxer — legendary heavyweight Lennox Lewis.

Earlier this week, we shared portions of a Guardian editorial, which noted, in England, Scotland and Wales “our unpopular and ineffective Dangerous Dogs Act was amended in 1997 to remove the mandatory death sentence for any dogs identified as pit bulls.

“Northern Ireland’s devolution meant they no longer followed our dog laws, and they had to wait until 2011 and the Dogs (Amendment) Act (Northern Ireland) 2011 for well-behaved pit bull types to be given even the slightest chance of avoiding a death sentence,” it continues.

The Barnes family who owned Lennox, along with some of the more than 212,000 people who signed a petition to stop Belfast from putting the dog down, contend he was discriminated against on the basis of looks.

The family says in his seven years he never showed aggression, nor was he a pit bull.

But the city, according to reports, determined that the family pet was a “pit bull-type” — based allegedly off of measurements taken of Lennox.

Despite an outpouring of global support — with Stilwell going so far as to offer to pay for all expenses associated with re-homing Lennox in the U.S. — Lennox was put to sleep Wednesday morning.

The Belfast City Council issued this statement, which can be found in its entirety here: “Belfast City Council confirmed today that the dog Lennox, an illegal pit-bull terrier type, has been humanely put to sleep. This was in accordance with the Order of the County Court which was affirmed by the Northern Ireland Court of Appeals.”

“The Council’s expert described the dog as one of the most unpredictable and dangerous dogs he had come across,” it continues.

It has been widely reported that Stilwell, an animal trainer, and other internationally-recognized experts in canine behavior offered to travel to Belfast to evaluate Lennox.

BCC did not take them up on these offers.

You might speculate if Lennox was, indeed, “one of the one of the most unpredictable and dangerous dogs he had come across,” why did BCC keep him for two long years?

Judging from the buzz the story has ignited globally, this won’t be the last time you hear about Lennox.

Stilwell has been very vocal about the case, and it’s certainly bringing the DDA and its techniques to determine “dangerous dogs” to a global stage.

In addition, a Boycott Belfast site has also sprung up.

Wednesday morning more than 24,000 people had signed a petition to, essentially, not pump money into the city’s economy. That means no travel to or endorsing Belfast.

As the site puts it: “Lennox, we will never forget you — and we will make sure Belfast doesn’t either.”