We’ve been hearing a lot in recent days about how Katie Holmes “escaped” a marriage apparently going nowhere — and the strange “religion” so associated with Tom Cruise. But now it’s surfacing that Katie got a little help from what, in the average person’s life, might be an unlikely source: Cruise’s superstar ex. 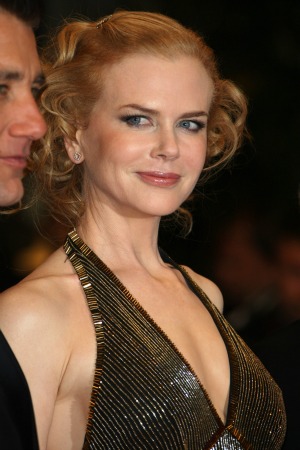 As if we didn’t like Nicole Kidman enough already, it appears now the Aussie actress helped Katie Holmes in her plot to leave Tom Cruise and the “church” he ascribes to.

That’s no small feat, considering Scientology is notorious for payback. Stories abound of parents being cut off from children, defectors being tailed by Scientology goons, etc., etc.

“They’ve spoken over the last few weeks,” a source by way of Us Weekly claims, on the heels of that quickie divorce.

The timing lines right up, considering that the couple went official with their split June 29.”Nicole has been supportive, saying she’s been through it too and to hang in there,” the confidante continues.

That way, Holmes allegedly went undetected by Cruise and Co.

It worked, as insiders have widely reported that Cruise was blindsided by Katie leaving him.

Us also goes on to say that there’s been no “ex-hating” here from the start.

Apparently, Holmes has been chummy with Kidman since 2006 — the year Katie took the dive with Cruise.

“She has been a private friend not many people know about,” the insider said.

Reportedly, Holmes was at her wit’s end with the marriage. She was scared about Tom taking Suri, and his plans for their daughter.

Who better to reach out to than Nicole? After all, much has been made in the press of her being “estranged from” the kids she adopted with Cruise as part of a Scientology policy called “disconnection.”

The church denies it, of course.

“Nicole offered her support and help,” said source told Us.