Ghostbusters fans are rejoicing that Sony Pictures has finally hired Etan Cohen (Men in Black 3, Idiocracy, Tropic Thunder) to write the third installment in the franchise — and the first Ghostbusters flick in 23 years. Turns out, Dan Aykroyd drew from more than just his vivid imagination when he first spawned the blockbusters.

Related story Paul Rudd Has Signed on for the New Ghostbusters Sequel, & Just Take Our Money 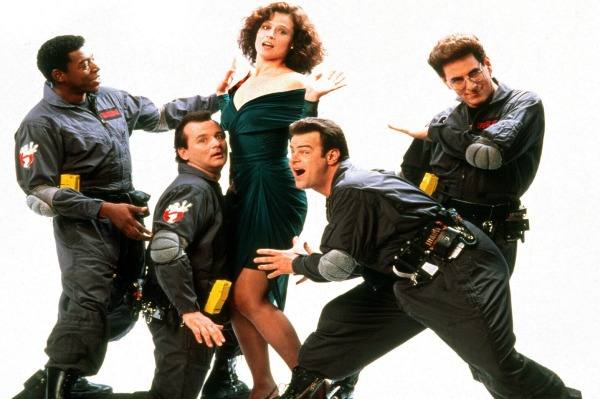 Now that it looks like Ghostbusters 3 may actually happen, consider another “blockbuster” in its own right to seize upon the paranormal craze: The book Dan Aykroyd’s father wrote, A History of Ghosts: The True Story of Séances, Mediums, Ghosts and Ghostbusters.

It is what it sounds like. But the novel written by former high-ranking Canadian government official, Peter H. Aykroyd, draws from the real-life experiences of the Aykroyd family.

Things that go bump in the night… offscreen.

Dan Aykroyd has been very open about how the spooky things he heard and saw as a child inspired the making of Ghostbusters.

As bizarre as it may sound, Dan’s great-grandpa, Samuel Augustus Aykroyd, was a widely known mystic during the height of the spiritualism craze of the 19th and early 20th centuries.

“My uncle… he told a story about coming into the room in Westmount, Montreal, where they’d held séances,” the actor and screenwriter told Larry King in one of those “Halloween” shows in ’09. “There was a trumpet flying around the room, and it was speaking — And there were voices coming out of it.

“As soon as he came in, it dropped to the floor.”

But these strange happenings appear to be just “another day in the life” for Dan’s dad.

“When I was 8 years old… I attended my first séance, and our family has been interested in the whole thing all during my life,” he said.

Peter talked about what he experienced during these séances, which included a medium with an eighth-grade education, who “would go into a deep trance… and I heard people speaking through him…  speaking Chinese, some of them.”

Before you think this is all a bunch of blarney, Peter does take a critical look at the movement that was such a part of the Aykroyd family. He debunks the frauds just as he makes a case for psychic phenomena.

Kind of a spooky sidenote to consider when you think that Ghostbusters was so light-hearted in its approach to the supernatural. Seriously, Stay Puft Marshmallow Man? He’s only scary if you’re on a diet.