Hayden Panettiere of Heroes fame, Harry Potter’s Emma Watson, and even Dakota’s little sis, actress Elle Fanning, have something in common with Kate Upton now: They’ve all been attacked for their weight by a community of bloggers who refuse to shrink into the background. 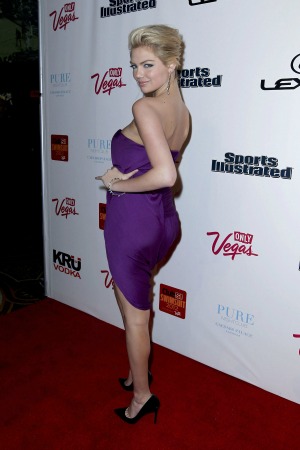 “Kate Upton” went viral Wednesday morning, but it wasn’t because of some sexy new spread or her self-involved comments.

It was because of comments made by a certain community of bloggers.

By way of Gothamist — and so as not to send more traffic to the “thinspro” community in question — the headline kicks off the hate by calling Upton “well-marbled,” as if she’s a side of beef.

“She looks thick, vulgar, almost pornographic — and she is a solid 30 lbs too heavy for this outfit,” the blogger proclaims, referring to photos of Kate in her usual tiny swimsuit.

One photo features her chowing down on a burger practically as big as her face.

“Huge thighs, NO waist, big fat floppy boobs, terrible body definition — she looks like a squishy brick. Is this what American women are “striving” for now? The lazy, lardy look? Have we really gotten so fat in this country that Kate is the best we can aim for? Sorry, but: eww!” the writer continues.

It’s not the first time the aforementioned hater has played the “I’m a victim game.”

In defense of her hate-spewed, now-viral comments, she writes: “As a thin person, I was annoyed by our double-standards around weight. For example, people think nothing of telling a thin woman — to their face, in front of an entire group of people — how skinny they are and even to suggest what they should eat.”

This writer, who remains “anonymous,” has claimed, time and time again, that she is not “pro-anorexia.” 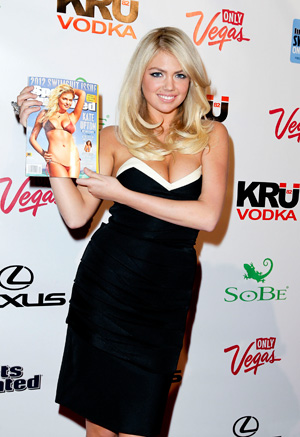 Yet, as Gothamist points out, her site continues to remain sprinkled with “thin tips,” shared by her all-too-vast community of ultra-skinny worshippers who behave like cheerleaders, “Rah-rah’ing” their skinny-seeking sisters toward their radical weight goals.

While the blogger in question has removed her “Starving Tip of the Day” (no doubt the pro-ana sites crackdown prompted that move), the “tips” survive on in a cache.

Again, so as not to perpetuate too many ideas (it’s like media outlets that provide too many details about how to make a bomb or how to make meth!), but just to get a feel for how the definitely not pro-anorexia blogger writes: “When eating with others, cut your food up into really tiny pieces and move it around the plate. It makes it look like you ate a lot more than you really did.

Said like a true advocate for the “naturally” thin.

The Atlantic Wire, interestingly, has a completely different take from the supporters of said blogger and those who rush to defend the Sports Illustrated model.

It says that instead of coming to Kate’s defense, we actually need to consider: Even Kate Upton, with her curves and her photos eating a (gasp!) hamburger, doesn’t reflect the “average” woman: “To hold Kate Upton as some shining example of a ‘real woman’ is just putting our heads in the sand again.

“Some tiny percent of women look like either her or the hyper-skinny scary models that (she is compared to) favorably,” the writer contends. “Both types are alien creatures to the majority of women (and men) in the U.S. Still, perhaps more insidious than praising Upton for not looking like she has an eating disorder is heaping praise on magazines like Vogue and GQ for doing the truly audacious and putting a model who looks like she might occasionally eat something akin to a carb on their pages.”