News of Cat Cora’s DUI arrest nearly escaped the attention of the press. Almost a full month after rear-ending another vehicle in Santa Barbara, the celebrity chef has something to say. 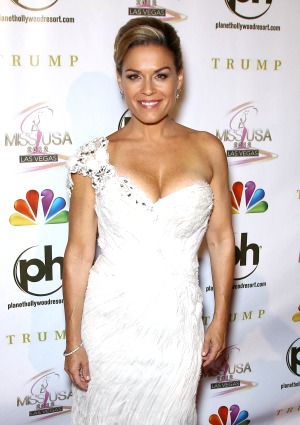 Cat Cora‘s DUI arrest is a dark moment in the celebrity chef’s life in the spotlight — a moment that the public almost never even knew about!

On July 9, a journalist for the Santa Barbara Independent was browsing the previous month’s DUI report when they spotted the name Cat Cora listed as being cited on June 17. A little investigation later, we now know the 44-year-old rear-ended a car at 6:15 pm on that Sunday evening.

The driver of that car told responding officers he thought Cat Cora was intoxicated, they performed a field sobriety test and breathalyzed her and noted a blood alcohol content level of .19.

Why so high at such an early time in the evening? The Around the World in 80 Plates co-host reportedly told police officers she and partner Jennifer Cora had been arguing at a bar, where she had consumed three bottles of beer. Cat Cora was issued a citation for DUI, and was then taken to the Santa Barbara Sobering Center.

The couple has four boys — Zoran, Caje, Thatcher and Nash — the first three of whom were delivered by Jennifer. Cat Cora gave birth to Nash in 2009, just three months after Thatcher’s arrival.

“I deeply regret my decision to drive that evening after my designated driver became unavailable,” celebrity chef Cat Cora said in a statement to E! News after word of her troubles hit the press Tuesday. “I learned a very important lesson from this experience and take full accountability for my actions. This will never happen again.”