Our columnist spotted Bachelorette finalist Arie Luyendyk Jr. at a Scottsdale bar last Friday, June 29 — and he most definitely was sans Emily Maynard. 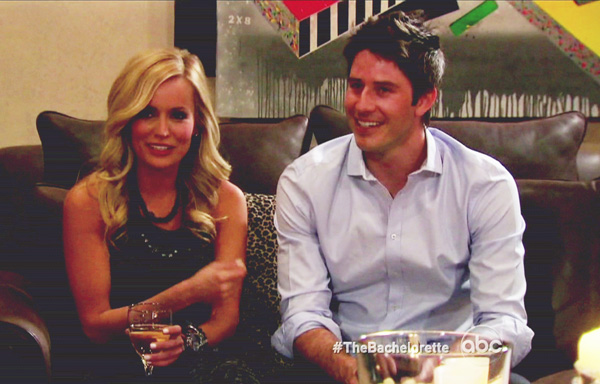 Have you ever wished you could have alone time with Bachelorette finalist Arie Luyendyk, Jr. against a wall in a dark alley? I mean, Emily Maynard goes on and on about how great of a kisser he is… doesn’t it make you wonder?!

Well… that fantasy may not be as far-fetched of a dream as you think. All you have to do is head over to the bars in Old Town Scottsdale, stalk down said dreamy race car driver, and pull out your best pick-up line. Mine was “Can I buy you a drink?” (OK — not the best pick-up line, but it was the only one I could think of with very little liquid courage!).

It started as a regular Friday night, at our favorite spot for tequila drinking. As I waited for a friend to hand me a drink, I saw this tall, dark, kind of awkward guy in a plaid shirt walk by and immediately (don’t ask me why) I thought “Arie!” I turned to my roommate, who also happens to be my weekly wine and Bachelorette date, and told her my suspicion, but based only on the back of his head, awkward walk and shirt pattern, she didn’t think there was any way I had just seen the frontrunner from the Bachelorette. Wanting to prove it, I grabbed her hand and followed the path Arie had just taken to the open bar. 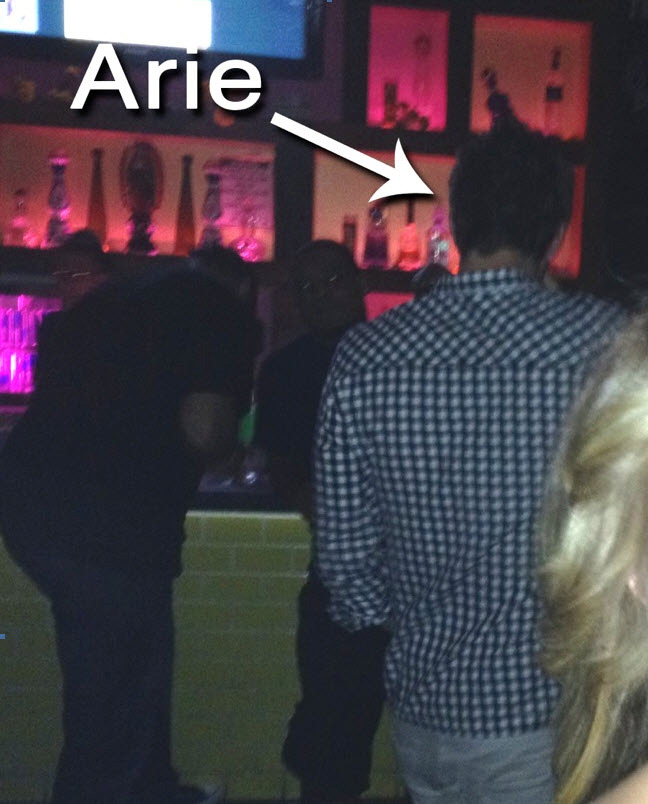 Standing there in all his nerd-turned-reality-star glory was Emily’s lip smackin,’ face suckin’ suitor, Arie. So naturally, being the investigative journalist I am, I had to approach him. I chugged my drink and waltzed over to the bar. “Can I buy you a drink?” was the only sentence my brain could form…  Arie told me he could only have one drink because “the show is still airing.” Obviously, not wanting to give him a big head, I played it off like I had no idea who he was or what show he was talking about — this is when I learned, by the way, that I’m a very impressive liar.

Arie went on to tell me that he was on the Bachelorette, and could get in trouble from the production team if he was seen out drinking… busted! Oh, and he had to add that his “fiance,” if he wins, wouldn’t be too happy, either. Why not? Maybe because it’s not a very “engaged” thing to do! Feeling my nerves jump back into my throat I wished him luck and left. At least I didn’t have to spend any money on him.

But after watching him mingle with the three or four women he appeared to be with, and his horrendous dancing — think one hand on the hip combined with foot tapping and hip popping (insert prayer that his kissing is nothing like his dancing) — I had to wonder — does this guy, who’s out flirting at the bars and offending my eyes with his “moves” really win Emily’s heart? I felt more investigative journalism coming on…

Being that Arie lives in the same town as me, I knew it wouldn’t be too hard to find some sources who knew him. After a few days of searching, I stumbled upon a few people who were more than willing to add to my theory that Arie does not win Emily’s heart. Here’s what they said…

I have been hoping Jef would win all along, but this just solidifies my theory. If Arie does win, Emily is in for yet another heartbreak… but at least we now know that Arie is single, and clearly ready to mingle!