As excitement builds for the London Summer Olympics, fans are getting ready to meet the next Olympic champions. If you’re having trouble waiting for the opening ceremonies, get inspired by listening to the true stories of winning athletes and learning about what really goes on in the Olympic Village. 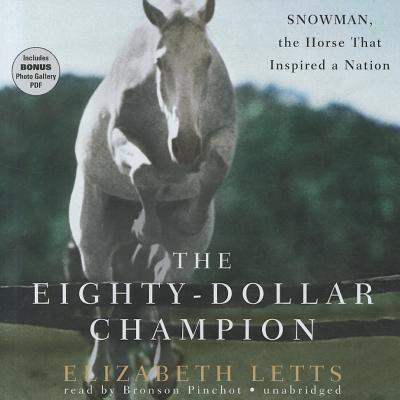 The Eighty-Dollar Champion
By Elizabeth Letts
Narrated by Bronson Pinchot

In the world of show jumping, Thoroughbreds tend to win to the medals. So, in the late 1950s, when Harry de Leyer spent $80 on a white plow horse destined for the slaughterhouse, he thought he was buying a horse for training young riders. Snowman, however, had higher aspirations. Elizabeth Letts’s The Eighty-Dollar Champion: Snowman, the Horse That Inspired a Nation, tells the true story of how a working animal, trained by an ex-Olympic hopeful, beat the odds and the purebreds to win the prestigious National Horse Show in Madison Square Garden. Narrator Bronson Pinchot perfectly captures the spirit of Harry and Snowman’s inspiring rise to fame. 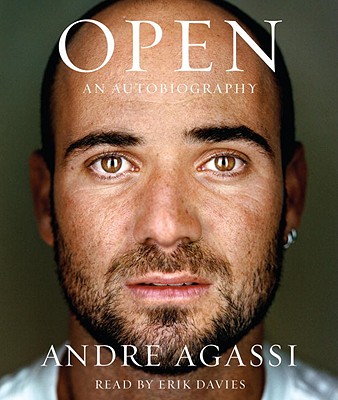 Despite being a world-famous tennis champion, Andre Agassi doesn’t like his sport, and his battered body doesn’t like it either. But Agassi’s competitive nature kept him on the court from the age of 13 until his retirement decades later. Andre Agassi’s Open: An Autobiography is more than just a recap of the star’s most significant matches. It’s about what it’s like to be groomed for success and to grow up fulfilling someone else’s dream. It’s about how Agassi searched to find balance between his raw talent on the court and his desire for a personal life, including marriage and a family. Narrator Erik Davies does a brilliant job conveying Agassi’s joys and disappointments as well as distinguishing among the people in his life. 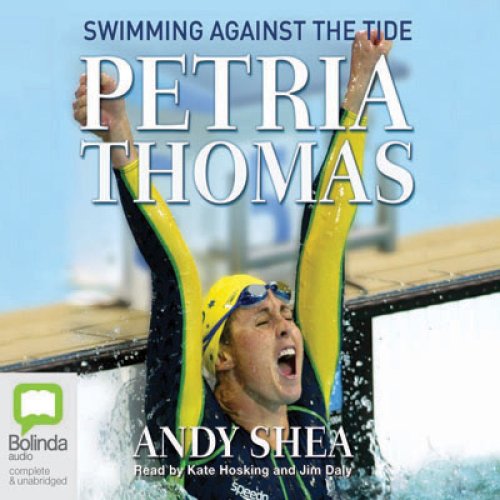 One the best-known Australian swimmers is Petria Thomas, the butterfly champion, who competed in three Olympic Games, winning gold in Athens in 2004. To the public, Thomas projected a single-minded focus on her sport and a will to be the best. Beneath the surface however, she suffered from physical pain, despite multiple operations to reconstruct her ankle and shoulder, and emotional turmoil. In Petria Thomas: Swimming against the Tide, co-written with Andy Shea, the athlete talks about her bouts with severe depression, her struggle to become a champion and her life at the Australian Institute of Sport. The audio book alternates between narrator Kate Hosking, who takes on the voice of Thomas as told through the swimmer’s journals, and Jim Daly, who reads the narration. 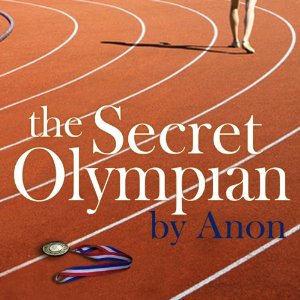 As we look forward to the 2012 London Olympic Games, we can’t help but wonder what it would be like to be an Olympic athlete. The Secret Olympian: The Inside Story of Olympic Excellence, written by an anonymous former Olympian, opens the curtains to give us a behind-the-scenes look at the world of champions. Relying on his own firsthand experience at Athens and on interviews with Olympians from the 1960s to today, our author tells it like it is. No subject is left unexamined — politics, teammates, uniforms, drugs, booze, endorsements and sex — from the heady weeks leading up to the Games to the hometown celebrations immediately after, ending with the crash that comes on the day medal-winning athletes realize they have to find a job. Narrator Paul Thornley transitions smoothly through the vast range of emotions and many voices of this eye-opening account. 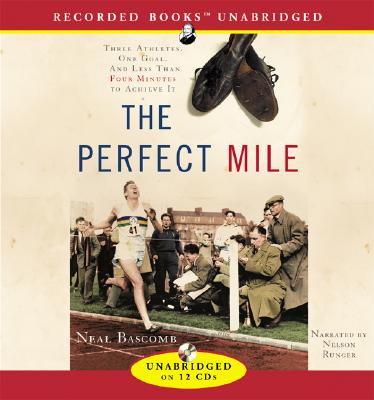 The Perfect Mile
By Neal Bascomb
Narrated by Nelson Runger

Some of the most memorable Olympic moments are the breaking of world records. In the 1950s, the competition for besting the 4-minute mile took place out of the Olympic Village. Neal Bascomb’s The Perfect Mile: Three Athletes. One Goal. And Less Than Four Minutes to Achieve It introduces us to the top runners who were racing for glory across the globe. Roger Bannister, British medical student; John Landy, Australian gentry; and Wes Santee, American farmer, captivated the world’s attention, not just for their attempt at what was once thought impossible but because their rivalry appeared on the new medium of television. Nelson Runger’s enthusiastic narration brings to life the excitement, frustrations and triumphs of the three men who dreamed of becoming the fastest human on earth. 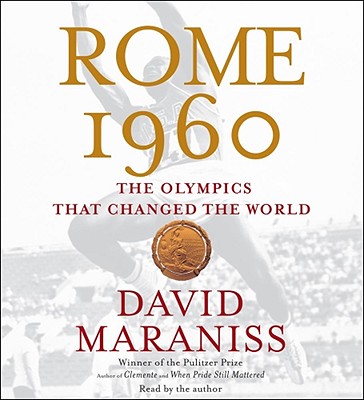 The 1960s Summer Games marked a major change in Olympics history. In Rome 1960: The Olympics That Changed the World, David Maraniss tells us why. First, Rome was the first Summer Olympics to be given extensive worldwide television, thus making household names of a number of now-familiar athletes, such as Wilma Rudoph and Cassius Clay (Muhammad Ali). The playing fields were also the stage for cold war competition, the first doping scandal and early debates of amateur status in light of commercial endorsements. In addition, women athletes and women’s sports gleaned the inital sparks of recognition and respect that summer. Although David Maraniss’s narration is not up to professional standards, listeners won’t be disappointed in this well-researched story of the making of the modern Olympics.