A stateside magazine’s Kate Middleton cover is causing a whole lot of ruckus across the globe. Think a little ill-intentioned Photoshop never hurt anybody? Perhaps you’ve underestimated the people’s love for their royals! 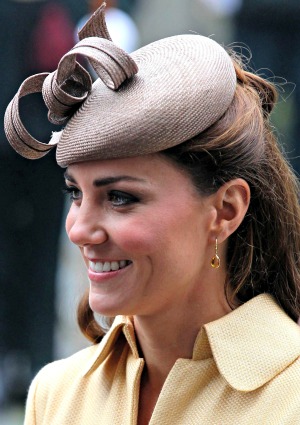 The latest Kate Middleton cover image depicts the beautiful Duchess in a most unflattering light — specifically in the dental hygiene department! U.S. based publication The New Republic has done a disservice to the freshly minted royal, ultimately causing those abroad to overestimate how much we Americans care for our own socialites.

Fans of Prince William‘s wife have lit up the Internet in fury over the image, calling the cover deplorable and asking how we’d feel if the shoe were on the other foot.

Proving Kim Kardashian‘s image has permeated pop culture across the globe, one commenter upset by the Kate Middleton cover wrote to the Daily Mail:

“Not cool. I am not an imperialist (not even close!), but she seems to be a genuine person. She is young, beautiful, and privileged. Apparently grave sins to many people. Yet I wonder if these are the same critics who keep up on the Kardashians, or whatever flavour of the month Hollywood squirts out. She is a person who did not deserve this low blow. Shame on them. I wouldn’t even think to read anything from them ever again.”

The publisher of the Kate Middleton cover embroiled in controversy has yet to comment on the uproar.

Questionable portrayals of the Duchess of Cambridge appear to be on the rise, as the 30-year-old was also entangled in a television ad brouhaha just weeks ago.

Would you care if Kim Kardashian’s teeth were Photoshopped like the Kate Middleton cover?