Adam Lambert and American Idol are like two peas in a primetime pod. The reality singing competition winner just may be returning to take a spin at the judge’s table! 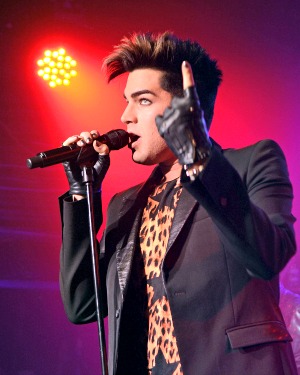 Rumor has it Adam Lambert‘s American Idol days are far from over — though this time around he may appear as a judge rather than a contestant! The tables could be turned, giving the season eight winner a chance to dish the critique rather than take it.

E! Online reports Adam Lambert is being considered for an American Idol judge’s seat, should Jennifer Lopez decide not to return for season 12.

“They have been talking about Adam for over a month,” an unnamed source revealed. “He personifies the show, and will be a popular choice right from the start. He knows what it’s like to be on the receiving end of the judges’ comments, he has a human touch, and they know they can’t go wrong if they bring him on. He would be able to bring a unique perspective to the show. People love him.”

Jennifer Lopez will release her greatest hits next month >>

Adam Lambert’s famous face might not be the only new mug at the table, either! Rumor has it Randy Jackson and Steven Tyler‘s positions are also up for discussion.

“Randy is great, but he’s part of the old Idol,” the source continued. “They want to keep the soul of the show but have a new look, and for that reason he may well not be part of the new line up.”

“Idol has an amazing history of introducing great musical talent, and I was very fortunate to have had the Idol stage play a big part in my career,” Adam Lambert said of the judging possibility. “If Idol wants to talk to me about judging, I’d be more than flattered to have that conversation.”

Would you like to see Adam Lambert as an American Idol judge?