Wayne Brady breaks his “nice guy” persona to talk about his hatred of Bill Maher during an interview with comedian Aisha Tyler. So, what does the comedian want to do to Maher? Well, it has something to do with slapping and hookers. 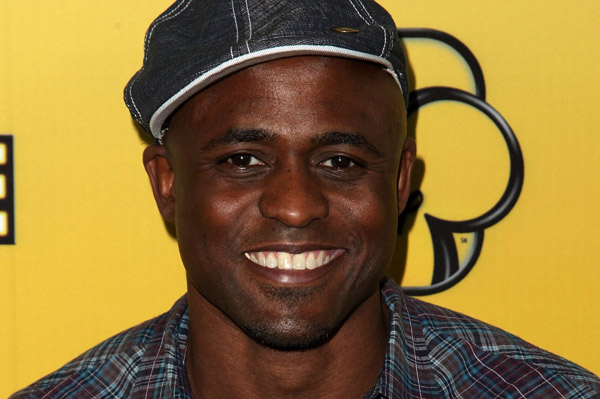 Comedian Wayne Brady is known for his easygoing, likable personality on shows like Whose Line Is It Anyway? and Let’s Make a Deal. However, it turns out that Brady is a lot like his Chappelle Show alter ego (you know — the pimp known for choking his “b****es”) during a profanity-laced tirade on Aisha Tyler’s podcast.

Brady, 40, got all worked up about the comments HBO talk show host Bill Maher made about President Barack Obama, calling him “your Wayne Brady” because Maher doesn’t consider the president to be “black enough” to identify as such (Obama’s mother was white.)

Naturally, Brady didn’t take too well to the comments.

“Just because you f**k black hookers,” Brady spat during the interview, “just because you had that particular black experience… I have to stop myself to getting into it because I realize the thing is if I had gone on his show, or even doing it online, I’m not going to win. Because as soon as you back off, he still has his platform to say whatever he wants to.”

Bill Maher: Elizabeth Hasselbeck has a “bug up her a**” >>

The comedian added that he’d “gladly slap the s**t out of Bill Maher in front of Coco and Ebony and Fox, the three ladies of the night he has hired.”

“I think there was one called Fancy, too,” Tyler added, referring to Maher’s preference of dating — and bedding — black women.

“Fancy, who also happened to be name Tyrique at one point,” Brady added, insinuating that Maher slept with a transsexual hooker.

Maher hasn’t responded to Brady’s comments, but we hope he does so Brady can come back with more awesomeness. You go, boy.

Who do you side with: Wayne Brady or Bill Maher?