Ernest Borgnine may be gone but he won’t be forgotten. TCM plans to remind viewers of the astounding work he left behind. So on Thursday, July 26 they’ll run a movie marathon of Borgnine’s greatest hits. 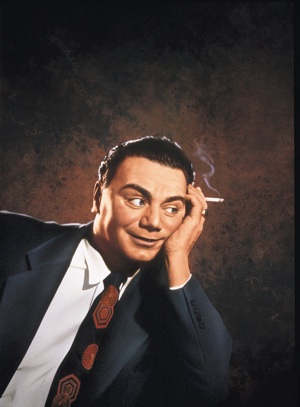 Over the weekend, screen legend Ernest Borgnine died at the age of 95. In honor of his talent and legacy, Turner Classic Movies has scheduled a 24-hour marathon featuring the actor’s most memorable films.

During his career, Borgnine won an Academy Award and Golden Globe, and was nominated for three Primetime Emmys and one Daytime Emmy. Most recently, (in 2011) he received the Screen Actors Guild Award for Life Achievement.

Borgnine is most known for his Oscar-winning role as Marty, in the self-titled film. But he also had notable parts in the classics From Here to Eternity, McHale’s Navy, The Dirty Dozen and The Wild Bunch.

According to USA Today, TCM host Robert Osborne called Borgnine “a joy to be around.” He continued, “Ernie may have left us physically, but we’ll have his talent and film image with us forever.”