It’s Me or the Dog host Victoria Stilwell is standing by in Belfast, after offering to foot the bill to transport and re-home the Lab/American Bulldog mix in the U.S. As it stands now, Lennox is hours away from being destroyed by the Northern Ireland city as part of its “Dangerous Dogs Act,” ordinance, even though the family pet has never shown aggression in his seven years. 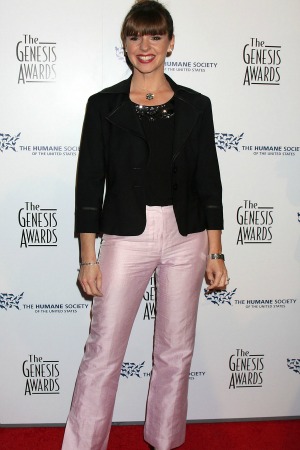 For two long years Lennox has been held by the city of Belfast.

Since that time, celebrities like Victoria Stilwell, Cesar Millan of Dog Whisperer fame and even the pet’s namesake, legendary boxer Lennox Lewis, have offered their support to the Barnes family.

The saga began in May 2010, when city officials took the pet from the family.

He was ordered to be destroyed as a “pit-bull type” dog under the Dangerous Dogs Act.

The family contends Lennox has never shown any aggression. In fact, The Guardian reports Lennox was an “unofficial assistance dog” to the family’s 11-year-old daughter, Brooke, who is disabled.

The newspaper reports his owner, Caroline Barnes, even worked as a “vet nurse.”

An editorial in The Guardian notes, in England, Scotland and Wales “our unpopular and ineffective Dangerous Dogs Act was amended in 1997 to remove the mandatory death sentence for any dogs identified as pit bulls.

“Northern Ireland’s devolution meant they no longer followed our dog laws, and they had to wait until 2011 and the Dogs (Amendment) Act (Northern Ireland) 2011 for well-behaved pit bull types to be given even the slightest chance of avoiding a death sentence,” it continues.

Supporters contend Lennox is the target of breed discrimination, and the death sentence is being delivered simply because of his “looks.”

Though Animal Planet’s Stilwell has offered to pay for all expenses related to the dog’s travel and re-homing in the United States, officials in Northern Ireland are standing their ground.

If officials don’t overturn their decision, Lennox will be euthanized Monday.

The family’s plight has captured the world’s attention, with more than 192,000 people signing a petition to save the pet as of early Monday.

The Barnes’s story is also featured at the petition site.

The “Save Lennox” Facebook campaign has also generated nearly 90,000 supporters.

With so little time left for Lennox, rallies originally held in the U.K. crossed the pond to New York City, with a “Free Lennox Protest” held for four hours, starting at 10 a.m. Monday.