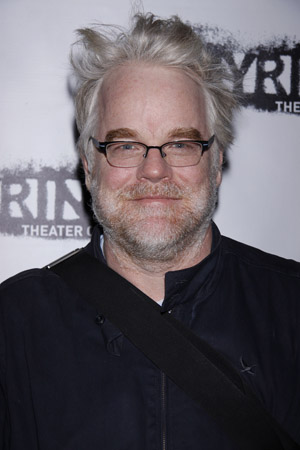 Does Catching Fire, the second film from the uber-successful series The Hunger Games, have a chance at Oscar gold? Maybe, now that Oscar-winner Philip Seymour Hoffman has officially joined the cast.

Hoffman is on board to play head gamemaker Plutrarch Heavensbee in the film, slated for release on November 22, 2013. The kick-a** cast of Jennifer Lawrence, Josh Hutcherson and Liam Hemsworth are set to reprise their roles of Katniss, Peeta and Gale, respectively, but that’s about all we know for sure. Actress Jena Malone is rumored to take the role of Johanna Mason, though nothing is set in stone yet.

As for the plot of Catching Fire? It stays true to the book, according to Lionsgate. “The film begins as Katniss Everdeen has returned home safe after winning the 74th Annual Hunger Games along with fellow tribute Peeta Mellark,” the studio said in a statement. “Winning means that they must turn around and leave their family and close friends, embarking on a ‘Victor’s Tour’ of the districts. Along the way Katniss senses that a rebellion is simmering, but the Capitol is still very much in control as President Snow prepares the 75th Annual Hunger Games (The Quarter Quell) — a competition that could change Panem forever.”

The film will be directed by Francis Lawrence after The Hunger Games director Gary Ross backed out. The cast admitted they didn’t know much about their new boss, but are eager to find out.

“I have heard from literally everyone that he’s the nicest man alive, so I’m really excited to work with him,” Hutcherson told the Los Angeles Times recently.

Does Philip Seymour Hoffman make sense for the role of Plutrarch Heavensbee in Catching Fire?