The stars of Step Up Revolution want to see you shake your booty. Tweet your groove thing for a little feedback and maybe even get into a music video. Just follow the tutorial below. 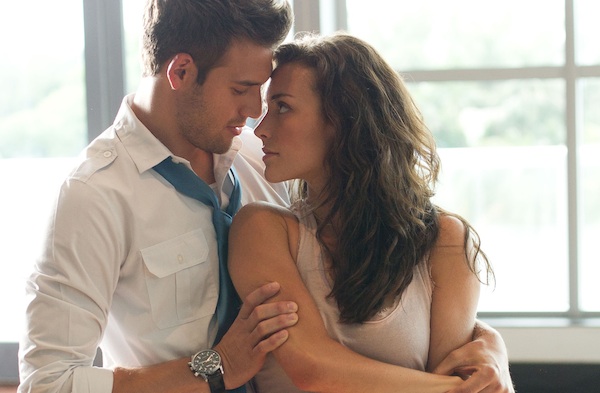 Step Up Revolution is the latest installment in the dance movie franchise that has become the Dirty Dancing of the new millennium. And, they want to see you shake your booty, too.

In a new promotion from the stars of Step Up Revolution, newcomer Ryan Guzman, Kathryn McCormick (So You Think You Can Dance), and hot-to-trot choreographer Jamal Sims (Hairspray, Step Up) are asking fans to tweet videos of their electric dance movies with #StepUpMob. After they receive all the videos, the best ones will make it into one big dance video set to Timbaland’s Hands in the Air.

Afterward, the Step Up Revolution team is going to compile the moves into a flash mob music video. Step Up Revolution is set in Miami and tells the story of Emily, played by McCormick, who wants to become a professional dancer. When she falls in love with Sean, played by Guzman, a local guy who is famous for leading dancers in flash mobs, Emily’s father is more than unhappy. You can only guess what happens next. And so can we! They fall in love.

But hopefully with the power of the hustle, these two sides can meet in the middle. We can only hope.

Get in the mood!

But before you get caught up in the story, it’s time to record yourself shaking your own thing. If you need some movie-watching inspiration, the first three Step Up movies are a great place to start, but don’t forget the recently released Rock of Ages, the rocker musical starring Tom Cruise.

SheKnows guide: How to prep for Rock of Ages >>

Hairspray and Dirty Dancing should definitely be on the dance rental list as well. And while you’re at it, pop in Grease and Grease 2.