Superhero movies are the new lovechild in Hollywood as fans come out in droves to see The Amazing Spider-Man starring Andrew Garfield and Emma Stone. 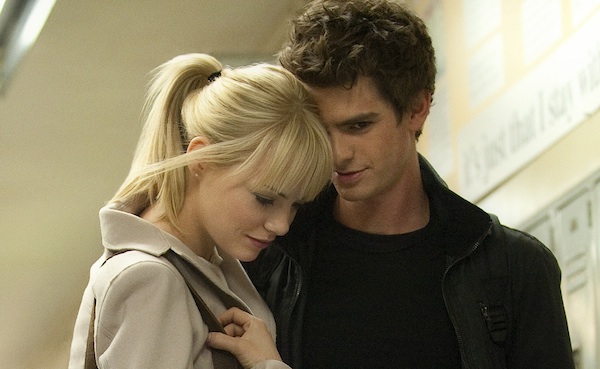 Grossing an estimated $140 million over the Fourth of July weekend, The Amazing Spider-Man nabbed the spot at number one in America by a long shot, according to Variety.

We’re guessing a Spidey reboot was in order with this kind of turn out. But all was well at the box office this weekend, as it seems every film had a healthy following.

Mark Wahlberg’s man-child raunch-com staring Mila Kunis ranks in at number two with $32 million in box office returns, according to Deadline Hollywood. From Family Guy creator Seth MacFarlane, Ted is about a single guy who decides it’s time to get married, oh, and also get rid of his trash-talking teddy bear. It’s about time, Marky Mark!

The princess movie that has boys and girls packing the theaters, Brave, comes in third with $23.5 million at the box office. The Pixar/Disney story of a fiery red headed who doesn’t want to get married resonates with parents, too.

The number five spot goes to everyone’s favorite ex-stripper, Channing Tatum, for his based-on-a-true story ode to his dancing days. Directed by Steven Soderbergh, Magic Mike has more drama that you might think for a story about men shaking booty. The film grossed an estimated $14.9 million.

Tyler Perry’s Madea’s Witness Protection ranks number six this week with an estimated box office pull of $10.6 million. Madea’s life goes upside-down when she’s forced to house a witness involved in a mafia trial after being relocated from New York.

Speaking of the Big Apple, will those zany zoo creatures ever get back to the Central Park Zoo? Not likely with the way the Madagascar series is doing at the box office. The third installment of the series, Madagascar 3: Europe’s Most Wanted, ranks number seven this week with an estimated $8 million at the box office despite dreams of going big.

A surprisingly low ranking on the top 10 list comes with the debut of Katy Perry’s new documentary about her world tour, Katy Perry: Part of Me. The story about the hugely popular blue-haired singer pulled an estimated $7.3 million at the box office.

Rounding out the top 10 are two indie flicks we can get behind. Wes Anderson’s Moonrise Kingdom comes in ninth with an estimated $5 million, and Woody Allen’s To Rome With Love comes in tenth with $3.2 million.