On the red carpet at the Amazing Spider-Man premiere, Sally Field said she’d like to spread massive intelligence to the world’s politicians, starting with the ones in the United States. Interesting. Is it OK for celebrities to espouse their political views in a public way or would we rather they not? You be the judge. 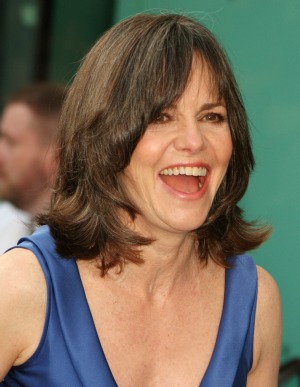 First Georgie-boy was arrested at a protest for the humanitarian crisis in Sudan. His dad was cuffed and stuffed, too, proving that the family that protests together, stays together. So how can you get annoyed with a guy who uses his celebrity status to make the world a better place? We’re not 100 percent sure, but it happens. This kind of stuff seems to irritate Average Joe American who’s just grunting through a 40-hour workweek so he can rent one of George’s movies from Netflix. Gorgeous George also hosted a fundraiser for President Obama that netted $15 million. It cost more to attend this function ($40,000) than many Americans make in a year. What exactly is the connection between wealthy celebrities and the highest-ranking office in the United States? Lavish dinners, apparently. So what do you think? Should George just keep smiling perty and showing off his latest piece of arm candy, or do you support his political activism?

At a NRA convention last April, Ted said if Obama was reelected, ole’ Teddy would either be dead or in jail. Then the Secret Service came a-knockin’ to determine if “The Motor-City Madman” was a threat to the president. They determined he may be a threat to his own popularity and career, and he wasn’t doing much for the NRA’s PR department, but that the president of the United States was in no immediate danger. Ted’s encore performance was to shout profanities at CBS’s Jeff Glor when he pointed out that Ted Nugent was not a moderate. Might be time to get some meds for that Cat Scratch Fever.

Admit it. You’re bummed The Donald didn’t become a presidential candidate. Say what you want about the guy, he’s not afraid to take cheap shots at his detractors (like calling George Will the dumbest political commentator of all time), and if he could apply his personal economic successes to the country’s economic policies maybe we could take a break from blaming everything on “the economy.” If there were any bottom feeders on Donny’s staff, he’d just look at them and say, “You’re fired.” Can you imagine how much fun SNL would be with Trump plopped behind the desk at the Oval Office? Mr. Apprentice probably would have turned the White House into a casino, so maybe it’s just as well that he’s not running for president.