A revised take on the horror classic The Exorcist has set up shop in Los Angeles… only the stage version is taking a different approach from the unforgettable film.

Related story Brooke Shields Credits This TikTok-Famous Serum For Growing Her Lashes Back After Years of Ruin & It's Buy 1, Get 1 Free 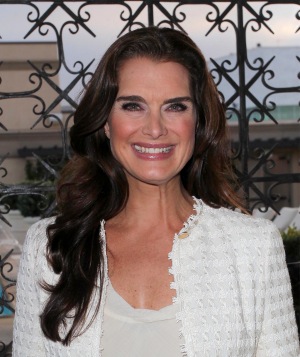 Don’t worry about getting front-row tickets to the new stage version of The Exorcist. According to the creative forces behind the production, there’s no pea soup being vomited in all directions, so the splash zone is relatively non-existent.

It’s one of the many critical changes playwright John Pielmeier faces when attempting to adapt William Peter Blatty’s 1971 novel for the stage: How do you distance yourself not only from the book, but also from the film version that’s considered by experts to be one of the scariest movies in Hollywood history.

“You’re always going to get audience members who are wanting to get what they first saw,” said John Doyle, director of The Exorcist play that’s currently booked in the Geffen Playhouse in Los Angeles, where it will stay through Aug. 12.

“My job is to tell the story as if it’s never been told before.”

According to AP reports, that has resulted in a version of the material that’s “decidedly more cerebral… scaring up a serious discussion of psychology, faith, love and evil.”

That doesn’t sound as terrifying as young Linda Blair writhing in bed as she wrestles with an unseen demon, or Max von Sydow chanting over the possessed child’s bedside, repeating, “The power of Christ compels you!”

The Exorcist boasts one familiar face in the cast, though. Brooke Shields, who recently sang on Broadway as a member of The Addams Family, has joined the show as the possessed girl’s mother. Does that mean this Exorcist might lean on Shields’ Broadway connections to get a run on the Great White Way?

“You always want to do it on Broadway,” said actor David Wilson Barnes, who plays the younger priest in the show, though he says that isn’t the focus of the ensemble. “Because you start making it into a Broadway thing, as opposed to the thing that it wants to be. And if the thing that it wants to be then becomes the Broadway thing, that’s fantastic.”