With all the dirty laundry being aired in the wake of Tom Cruise’s impending divorce from Katie Holmes, finding the fourth Mrs. Cruise may be a mission impossible for the, er, impassioned actor. Still want the job? See what a gal needs to get a callback from Cruise. 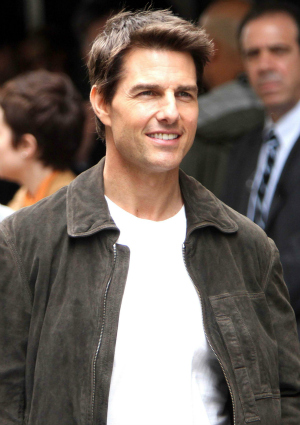 A few years to kill

If you’ve already entered your mid-thirties, it may not even be worth your while to attempt becoming the box office star’s bride. In a strange coincidence, all three of Tom’s marriages ended when his brides were 33. People have, naturally, already begun drawing parallels between this odd number phenomenon and the actor’s religion. Cosmically fated or not, we have to assume his next bride won’t see her 34th year still hitched to him. So, if you’re in your twenties and have a few years to spare, saddle up. But remember, when the clock strikes 12 on your 33rd birthday, your magical marriage turns back into a pumpkin. Just think of it as expiration date-ing.

An open mind — or sense of humor, depending on how you look at it

With TomKat’s divorce proceedings turning acrimonious, “Scientology” has quickly become a buzzword. Katie’s camp — and pretty much everyone else in the free world — attributes the actress’ forfeiture of the marriage to her husband’s diehard devotion to the religion. So what kind of principles do Scientologists like Top Gun Tom espouse? For one, an aversion to psychiatry… apparently it is evil and has been ruining the world for millions of years. (Ahhh, great! Thanks for clearing that up.) Who can forget Tom’s very public battles with both Brooke Shields and Matt Lauer over this subject? As for the rest of the religion’s practices and beliefs, there just isn’t enough time in the day. We will say, however, aliens make an appearance. No joke.

A closet full of flats

At only 5’7″ tall, Tom Cruise falls on the short side of the male spectrum for sure. Oddly enough, the diminutively-statured star prefers leggy ladies who tower over their average height female cohorts. Tom’s first wife, Mimi Rogers, and Katie Holmes both have a few inches on Tom at 5’9″, while his second bride, Nicole Kidman, loomed over her Lilliputian hubby at 5’11.” Word on the street, though, is that ol’ Tommy C wants his women to wear flats to diminish the height gap. In his defense, he reportedly does his part by wearing shoes with built-in risers… which look like what you’d get if your grandma’s orthopedic shoes met, married and had little shoe babies with your Skechers Shape-Ups.

Mimi lasted nearly three years, Nicole lasted a decade and Katie lands in the middle with five years of matrimony to Mr. Cruise. With all of the high-profile shenanigans he’s known for pulling though, we’re going to go out on a limb and say that being married to Tom most likely seems much longer than it lasts. Therefore, we’re going to count each marriage in dog years by multiplying it by seven. I mean, c’mon, let’s give credit where credit is due. In the TomKat years alone, the actor has been accused of dictating his soft-spoken wife’s religion, clothing, friends, movie roles and even how often she visits her conservative Catholic parents. Yes, patience is a virtue — especially when you are waiting for approval to do, well, anything.

If you think you could fit the bill of being Tom’s bride, by all means, shoot for the star(s). Just make sure you invest in some sturdy furniture, because we’ve all seen the kind of crazy couch-hopping antics Cruise is capable of when he gets excited.