The Young and the Restless has lost one of its most popular actresses. Eileen Davidson is leaving the soap, but don’t worry, she’s sticking to daytime. The actress will reprise her role as Kristen Blake on Days of Our Lives. 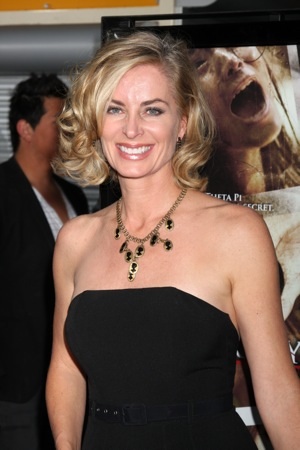 Veteran soap star Eileen Davidson has a new job. The actress, who was let go from the CBS drama The Young and the Restless, is moving to Days of Our Lives. Davidson will return as a villainous fan favorite.

She originated the role of Ashley Abbott on The Young and the Restless back in 1982. Since then, she’s stepped away from the show several times to tackle other opportunities. One of them being Kristen Blake on rival soap, Days of Our Lives.

Davidson played the character from 1993-1998, and starting Oct. 11 she’ll be back. She told The Hollywood Reporter, “I’m thrilled to embark on this new adventure at Days and excited to revisit Kristen and who knows who else! Not to mention my old friends in the cast and crew.”

Days of Our Lives welcomes a familiar face >>

The “who else” Davidson alludes to includes the many lookalikes she’s embodied over the years. Aside from Kristen, the adopted daughter of Stefano DiMera, Davidson played Susan Banks, the mother of Stefano’s son Elvis “E.J.” DiMera.

We can only assume Kristen’s reappearance has to do with the recent death of her father and sister Alexandra “Lexie.” This return will give her ample opportunity to interact with her remaining family, as well as a few ex-lovers. Namely, John Black. Marlena better watch out!

Davidson confirmed her exit from The Young and the Restless in May.

What do you think of Davidson returning to Days of Our Lives?