Why is a documentary bankrolled by the father of Princess Di’s boyfriend, billionaire Mohamed Al Fayed, being shelved? 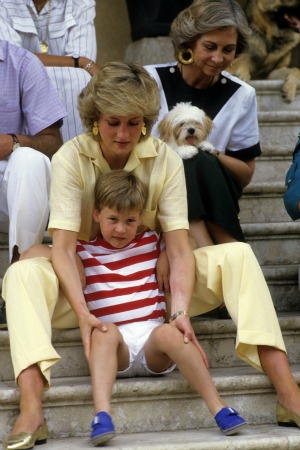 Days after we got the first glimpse at Naomi Watts as Princess Diana in the biopic, Caught in Flight, another film that documents more of the late royal’s death than her life won’t be seeing the light of day.

U.K.’s The Sun is reporting Unlawful Killing was supposed to be released in the United States later this summer, to coincide with a sad milestone — the 15th anniversary of Diana’s death.

You’ll remember Di and her partner, Dodi Al Fayed, were killed in a car crash in Paris in 1997.

Dodi’s dad, Mohamed Al Fayed, was footing the more than $3.5 million bill for the pic.

So why is the movie getting shelved?

The Sun asserts there were nearly 90 “contentious allegations” that would have to be cut before the flick could be screened in British theaters.

Until then, the insurance to protect Unlawful Killing from an onslaught of lawsuits would be “impossible to secure,” a spokesperson for the flick told The Sun.

As the name suggests, the thrust of the film is that Di and Dodi were murdered — in a plot allegedly masterminded by her former father-in-law, Prince Philip.

Of course, this isn’t the first time in 15 long years that such conspiracy theories have surfaced.

This isn’t even the first time Unlawful Killing has been the subject of controversy.

Back in 2010, we weighed in about the possible inclusion of death photos in the documentary.

Unlawful Killing was screened at a couple of film festivals in the U.K. but, for now at least, that appears to be the extent of its audience.