“White People’s Day” is blowing up on Twitter after Chris Rock lets loose with his perspective on the Fourth of July. Fireworks ensue. 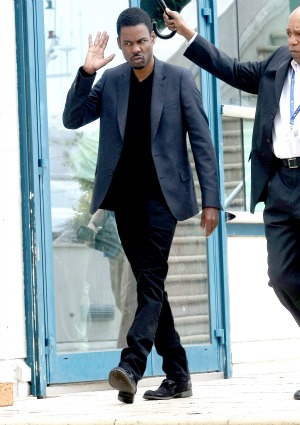 Chris Rock isn’t publicly commenting (just yet) about the mad rush of Twitter users chiming in about his “Happy white people day” tweet, which was born on the Fourth of July.

For those of you who may have missed it, the comic wrote: “Happy white peoples independence day the slaves weren’t free but I’m sure they enjoyed fireworks.”

The reason “why” we can say a number of people “forgot” these rules of the “Chris Rock as Chris Rock and comic on Twitter” game is the funny man’s tweet was met with a lot of vitriol on, well, Twitter.

One user tweeted: “He’s the most racist, hateful person I’ve ever heard.”

Really? He’s the most racist, hateful person you’ve heard of? We seem to forget very quickly the white men in sheets and that whole lynching and church-burning thing.

Others took a dig at the actor/producer’s career: “I stopped considering @chrisrock relevant when he stopped being funny. That was awhile ago. Sad.”

Still others turned this into a political issue: “Hi @chriskrock, you bashed July 4th as ‘White peoples independence day.’ Know who gave you yours? Republicans. You’re welcome.”

Somehow, Chris Rock managed to also get embroiled in class warfare, courtesy of the following tweets: “White people fought & died in a war so @chrisrock wouldn’t be subject to slavery, but rather enjoy his vast wealth” and “You’re not a slave. You are a ‘comedian’ with a net worth of $70 million. What other country would’ve paid for your jokes?”

Some famous and not-so-famous names came to the comic’s rescue.

Here’s a funny on the reverse racism claims: “From the Chris Rock backlash I can see that a lot of people have replaced history with the Abe Lincoln Vampire Hunter version of slavery.”

And this take on the backlash: “I find this Chris Rock backlash absolutely ridiculous. Really? Someone tells the truth and you mad? I’m American….”

Just how ridiculous is this backlash to you?