Olympic medalist many times over Michael Johnson was supposed to discuss Usain Bolt’s performance at the upcoming Summer Games in London. But the British press got more than it bargained for when the American sprinter, who dominated short distance in the 1990s, sparked fireworks with his comments about slavery and sport. 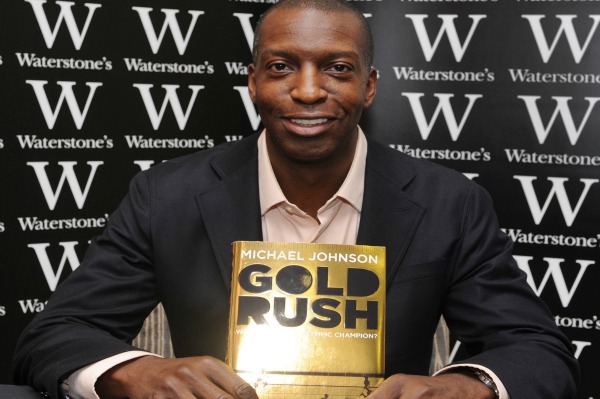 “‘It’s a fact that hasn’t been discussed openly before,” he continues. “It’s a taboo subject in the States, but it is what it is. Why shouldn’t we discuss it?”

In fact, the 44-year-old Texas native tells the Daily Mail, “Slavery has benefited descendants like me.”

“I believe there is a superior athletic gene in us.”

He goes on to refer to current research exploring “how much of a factor being descended from slaves contributes to athletic ability.”

Science behind the controversy

The story that has caused such a stir on the Internet quotes both a doctor for the Jamaican Olympic team and a Jamaican geneticist.

And, of course, sprinting phenom Usain Bolt who, up until very recently, was expected to crush competitors in the 100 and 200 meter races, is also from Jamaica.

The geneticist, Rachael Irving, was quoted as saying: “There was not much oxygen on slave ships so they had to use whatever they had to survive.”

It was survival of the fittest.

A quick search of Dr. Irving returns an article from TrackLife, a Caribbean athletics mag, featuring her.

The article explores the specific genes that may be (at least in part) responsible for Jamaicans performing so well in short distance at the international level.

“Of the eight 100m finalists four years ago, three were Jamaicans, two came from Trinidad and Tobago, two were Afro-American and one, representing the Netherlands, was born on the Dutch Caribbean island of Curacao,” the article continues. “All eight are believed to be descended from slaves.”

While the comments are sparking fireworks just weeks before the start of the Games, some bloggers have a “Well, duh” attitude about the fiery discussion generated by Johnson’s comments.

“I’m not sure what he thinks is ‘taboo’… but despite all of that, sure Mike, let’s discuss it,” writes John Chatz, whose Chicago Now post went viral Friday morning. “And, from my perspective as a white athlete-wannabe, there’s not much to talk about.

“The examples go on and on,” he continues. “Ask an honest white guy who the better athletes are.

“Hey, just read the paper or watch SportsCenter. Yes, the exceptions are out there:  Larry Bird, Michael Phelps, Tom Brady, but as a people, they/we pale in comparison.”

Chatz also asserts there is probably another reason “why” Johnson made the comments in England, not on his home turf in the States — and it doesn’t have to do with the fact that London’s hosting the Games:  “We don’t care.”