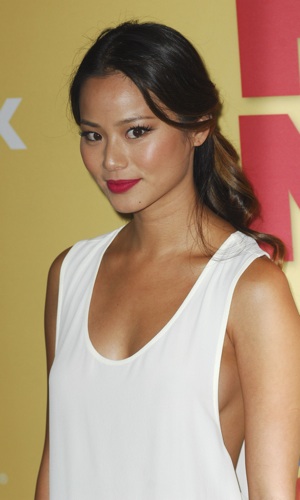 The ABC series Once Upon a Time has hit the jackpot. The fantasy has cast two new fairy tale roles for its upcoming second season. One is the lady warrior Mulan and the other is Princess Aurora from Sleeping Beauty.

According to Entertainment Weekly, former Real World star and Sucker Punch alum Jamie Chung will play Mulan. Most of us know the character from the 1998 animated Disney film, which featured Ming-Na as the title role.

The story of Mulan “originates from an ancient Chinese poem about Hua Mulan, a young woman who takes her elderly father’s place in the army.” The heroine will be a recurring character during season two.

Once Upon a Time casts a big, bad mother >>

As for Princess Aurora, TVLine confirms that Sarah Bolger has landed the coveted role. The Irish actress previously appeared in Showtime’s The Tudors, and the films The Spiderwick Chronicles and The Moth Diaries.

Sebastian Stan mad for Once Upon a Time >>

During the first season of Once Upon a Time, Maleficent (Aurora’s nemesis) made an appearance in a couple episodes. But Sleeping Beauty herself was nowhere to be found. Like Mulan, Aurora will be a recurring role, which means her story could unfold throughout the season.

Enchanting decor from Once Upon a Time >>

Prior to Chung and Bolger’s casting, ABC confirmed that Emilie de Ravin’s Belle (From Beauty and the Beast) would return as a series regular this fall. She previously appeared as a recurring character during season one.

What do you think of the latest additions to Once Upon a Time?