Teen Mom 2 star Kailyn Lowry is not spending her MTV money wisely. The reality star is in the final stages of a giant back tattoo… and the results aren’t exactly pretty. 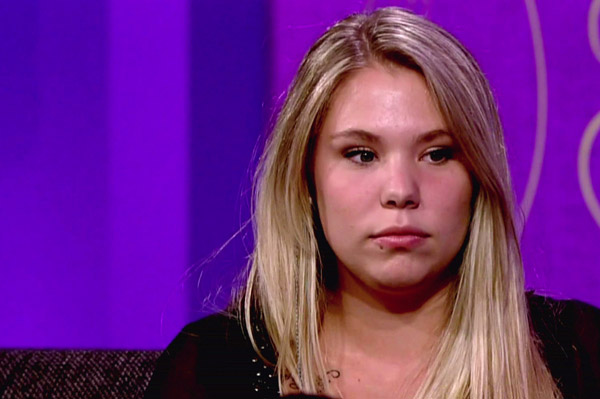 Teen Mom 2 star Kailyn Lowry seemed to be one of the more mature moms on the show — she works, goes to school and deals with family drama without so much as one arrest under her belt.

Well, she can’t win ’em all: The mom of Isaac is in the process of getting a giant back tattoo. And the look? Not so pretty.

“Session 7! We’re getting close!” the blonde mom tweeted, along with a photo of the back piece. It contains all of the clichés you’ve come to expect in tattoos, including a quote, flowers, trees and other symbolism.

“It’s for Isaac. The top says ‘To the world you are one person but to one person you are the world. I.E.R.’ like its written in the sky so we are putting an original picture of paradise around the quote as the world,” she told Starcasm of the inspiration of the piece.

Lowry’s not done with ink, either.

“I’m doing two half sleeves. I don’t know if I can take the pain on the inside of my arm though,” she wrote to a fan on Twitter.

We might hate the look, but it’s not our body. Plus, it looks a heck of a lot better than Amber Portwood’s weird tattoo of baby Leah’s face.

Also, we’re pretty sure the MTV star doesn’t care what we think.

“Please, tell me more about how trashy my tattoos are & how ugly they will be when I’m 60. You don’t HAVE to look at me. ?#movealongnow,” she tweeted on June 28.

What do you think of Kailyn Lowry’s back tattoo?